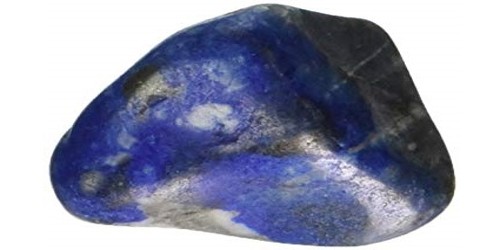 Lapis lazuli or lapis for short is a deep-blue metamorphic rock used as a semi-precious stone that has been prized since antiquity for its intense color. It is characterized as a sodium aluminum silicate made up of Lazurite, Sulfur, Chlorine, and Hydroxyl. It’s deep, celestial blue remains the symbol of royalty and honor, gods and power, spirit and vision. It is a universal symbol of wisdom and truth.

Lapis Lazuli has always been known as a stone of royalty and spirituality. 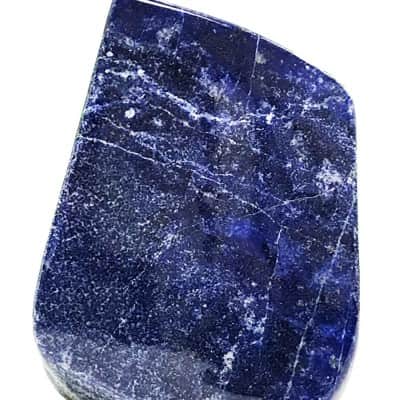 Lapis is semitranslucent to opaque, with a waxy to vitreous luster. It has fair toughness, and its hardness ranges from 5 to 6 on the Mohs scale, depending on the mix of minerals. This ancient gem contains three minerals in varying amounts: lazurite, calcite, and pyrite.

Afghanistan is the world’s leading source of lapis lazuli. Some parts of the country have been actively mined for thousands of years. Important amounts are also produced from mines west of Lake Baikal in Russia, and in the Andes mountains in Chile. Smaller quantities are mined in Italy, Mongolia, the United States, and Canada.

In the United States, small amounts of lapis lazuli have been produced in California, Colorado, and Arizona.

Lapis takes an excellent polish and can be made into jewelry, carvings, boxes, mosaics, ornaments, small statues, and vases. During the Renaissance, lapis was ground and processed to make the pigment ultramarine for use in frescoes and oil painting.

Lapis lazuli is commercially synthesized or simulated by the Gilson process, which is used to make artificial ultramarine and hydrous zinc phosphates. It was used by some of the most important artists of the Renaissance and Baroque, including Masaccio, Perugino, Titian, and Vermeer, and was often reserved for the clothing of the central figures of their paintings, especially the Virgin Mary.