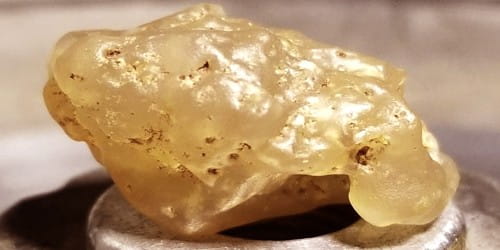 Lechatelierite is silica glass, amorphous SiO2, non-crystalline mineraloid. This mineral is an amorphous form of silica formed by the fusion by the heat of silica and found in fulgurites. It is a mineral consisting of vitreous or glassy silica formed naturally by the melting of quartz sand as a result of lightning or occasionally the heat of impact of meteorites 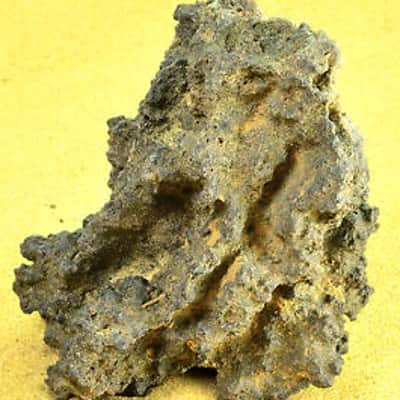 Lechatelierite is a mineraloid as it does not have a crystal structure. Although not a true mineral, it is often classified in the quartz mineral group.

One common way in which lechatelierite forms naturally is by very high temperature melting of quartz sand during a lightning strike. The result is an irregular, branching, often foamy hollow tube of silica glass called a fulgurite. Not all fulgurites are lechatelierite; the original sand must be nearly pure silica.

Lechatelierite was formed during the impact of a meteorite into a layer of Coconino Sandstone at Meteor Crater in Arizona. During the rapid pressure reduction following the impact, steam expanded the newly formed lechatelierite. The shattered and expanded glass has a density less than that of water.

Lechatelierite may also form artificially, a unique example being the trinitite produced by melting of quartz sand at the first nuclear bomb explosion at Trinity Flats, White Sands, New Mexico.