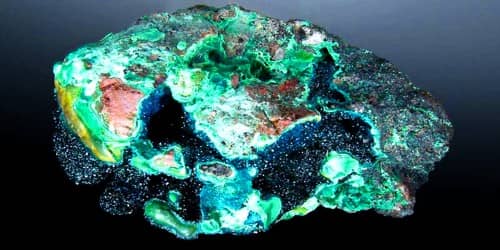 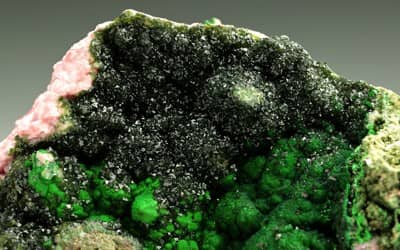 Libethenite almost always takes the form of dark-green orthorhombic crystals. It is often found in clusters with other libethenite crystals. It is a rare secondary copper mineral that is noted for its deep green color. It is found in deeply weathered, highly concentrated copper sulfide ore bodies.

Libethenite is found in the oxidized zone of copper ore deposits. It is most often formed from the weathering of phosphate rocks such as apatite, monazite, and xenotime. There have been no confirmed findings of primary libethenite, although a probable case has been reported.

Typically found in small amounts in Slovakia, England, Russia, Portugal, Zambia, the Democratic Republic of the Congo, Australia, the United States, and Chile, among others.