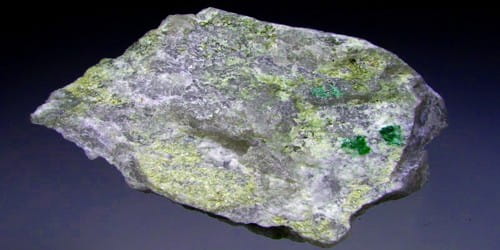 Lindgrenite is an uncommon copper molybdate mineral with formula: Cu3(MoO4)2(OH)2. It occurs as tabular to platey monoclinic green to yellow-green crystals. It is a mineral consisting of a basic molybdate of copper.

It was named after Professor Waldemar Lindgren, a Swedish-American economic geologist at the Massachusetts Institute of Technology in the United States. 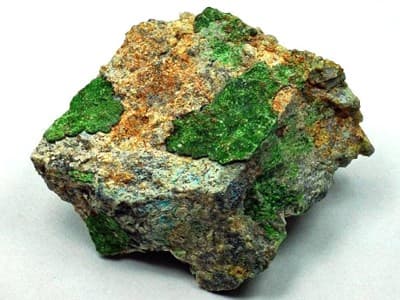 Lindgrenite is a monoclinic-prismatic mineral containing copper, hydrogen, molybdenum, and oxygen. It is a rare mineral formed in oxidized molybdenum-bearing copper deposits.

It was first described in 1935 for an occurrence in the Chuquicamata Mine, Antofagasta, Chile, and named for Swedish–American economic geologist Waldemar Lindgren (1860–1939) of the Massachusetts Institute of Technology. It occurs in localities in Chile, England, the United States, France, Japan, and Norway.