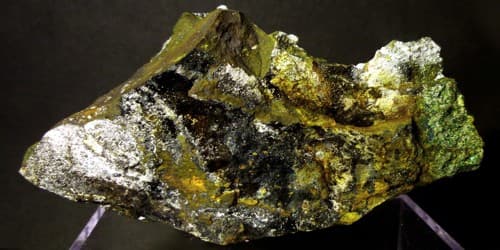 In the Classification of non-silicate minerals, lipscombite is in the lipscombite group, which also includes zinclipscombite. This group is within the non-silicate, category 8, anhydrous phosphates, lazulite supergroup. 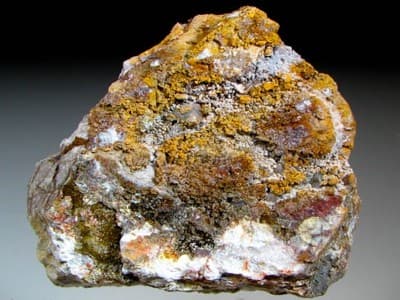 Lipscombite is an uncommon mineral that is found in phosphate zones of granite pegmatites that have been hydrothermally altered. It is often formed at meteorite impact sites where its crystals are microscopically small because crystal-forming conditions of pressure and temperature are brief.

The mineral lipscombite was first made artificially and then found in nature. It was named after chemist William Lipscomb by the mineralogist John W. Gruner who first made it artificially.

While investigating the stability relations of iron oxides small, black, shiny crystals were obtained when a spherical iron pressure-temperature vessel was contaminated with phosphorus. The x-ray powder diffraction pattern was similar to lazulite but unknown.

Gruner, a mineralogist at the University of Minnesota, gave Lipscomb, a chemistry professor there, the crystals for Lewis Katz and Lipscomb to determine the atomic structure using single-crystal x-ray diffraction. They initially called the mineral iron lazulite.

Occurrence: In a hydrothermally altered phosphate zone of a complex granite pegmatite (Sapucaia mine, Brazil).

It occurs in localities in Brazil, Argentina, the United States, Namibia, Cameroon, Germany, and in the Wolf Creek meteorite in Australia among others.