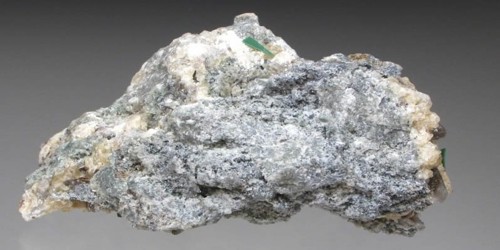 Lorenzenite is a rare sodium titanium silicate mineral with the formula Na2Ti2Si2O9. It has green cathodoluminescence and will fluoresce pale yellow or dull green in short-wave ultraviolet light. It was first identified in 1897 in rock samples from Narsarsuk, Greenland. It is an orthorhombic-dipyramidal mineral containing oxygen, silicon, sodium, and titanium.

In 1947 it was discovered to be the same as the mineral ramsayite, discovered in the 1920s in the Kola peninsula of Russia. It is also found in northern Canada. It was named in honor of Danish mineralogist Johannes Theodor Lorenzen (1855–1884). 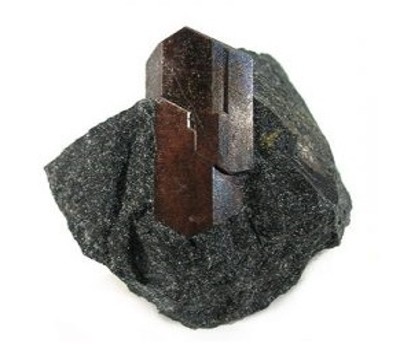 Lorenzenite has a rather high luster which is due to the titanium content. It is an orthorhombic mineral, variously found as colorless, grey, pinkish, or brown crystals

Occurrence: In nepheline syenites and their associated pegmatites.

It occurs in nepheline syenites and pegmatites in association with aegirine, nepheline, microcline, arfvedsonite, elpidite, loparite, eudialyte, astrophyllite, mangan-neptunite, lavenite, rinkite, apatite, titanite, and ilmenite. It is found on both the coast of Greenland and on the Kola Pennisula from where many new and rare minerals have been and are still being discovered.