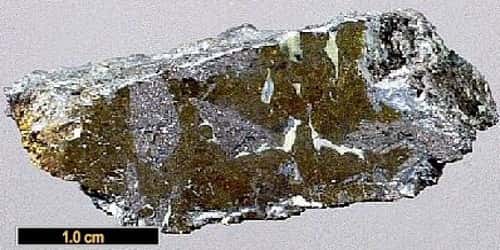 Mackinawite is an iron-nickel sulfide mineral with formula (Fe, Ni)1+xS (where x = 0 to 0.11). It is a tetragonal iron-nickel sulfide mineral that occurs as opaque bronze to grey-white tabular crystals and anhedral masses. This corrosion compound is typically found in river sediment reducing environments and is possibly generated by the action of sulfate-reducing microorganisms.

Mackinawite is also known as tetragonal iron sulfide due to its tetragonal cell units. It was first described in 1962 for an occurrence in the Mackinaw mine, Snohomish County, Washington for which it was named. 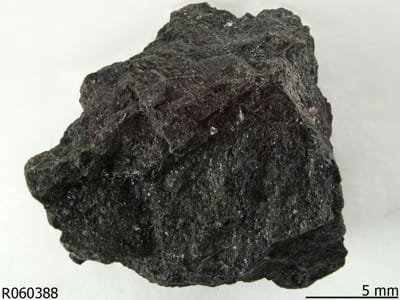 Mackinawite is a type of nickel sulfide iron mineral. The mineral crystallizes in the tetragonal crystal system and has been described as a distorted, close-packed, cubic array of S atoms with some of the gaps filled with Fe. It appears as gray or opaque bronze anhedral masses and crystals. It has a specific gravity equivalent to 4.17 and 2.5 Mohs hardness.

Mackinawite occurs as opaque bronze to grey-white tabular crystals and anhedral masses. It occurs in serpentinized peridotites as a hydrothermal alteration product, in meteorites, and in association with chalcopyrite, cubanite, pentlandite, pyrrhotite, greigite, maucherite, and troilite. Mackinawite also occurs in reducing environments such as freshwater and marine sediments as a result of the metabolism of iron and sulfate-reducing bacteria.