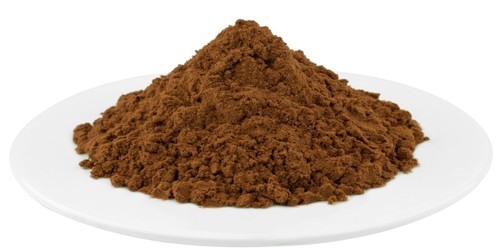 Maghemite, [Fe2O3, γ-Fe2O3] is a member of the family of iron oxides. It is a ferric oxide with a similar cubic spinel crystal structure and ferrimagnetic properties to magnetite. It has the same spinel ferrite structure as magnetite and is also ferrimagnetic. It is the ultimate low-temperature oxidation or weathering product of magnetite. It can appear blue with a grey shade, white, or brown. It has isometric crystals.

Maghemite was named in 1927 for an occurrence at the Iron Mountain mine, northwest of Redding, Shasta County, California. 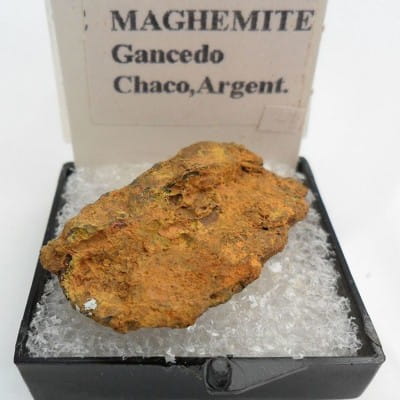 It occurs as widespread brown or yellow pigment in terrestrial sediments and soils. It is associated with magnetite, ilmenite, anatase, pyrite, marcasite, lepidocrocite and goethite. It is known to also form in areas that have been subjected to bushfires magnetizing iron minerals.

Maghemite can also form through dehydration and transformation of certain iron oxyhydroxide minerals, such as lepidocrocite and ferrihydrite.

Maghemite nanoparticles are used in biomedicine, because they are biocompatible and non-toxic to humans, while their magnetism allows remote manipulation with external fields.