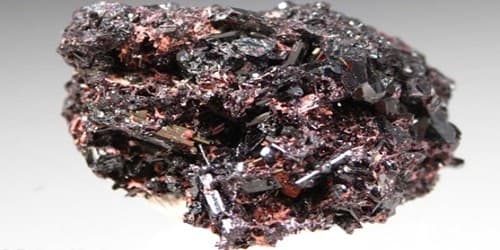 Manganvesuvianite is a tetragonal-dipyramidal deep maroon red mineral containing aluminum, calcium, hydrogen, iron, magnesium, manganese, oxygen, and silicon. It is a rare mineral with formula Ca19Mn3+(Al, Mn3+, Fe3+)10(Mg, Mn2+)2(Si2O7)4(SiO4)10 O(OH)9. It is a member of the vesuvianite group and is the manganese analog of vesuvianite. The mineral is red to nearly black in color.

Discovered in South Africa and described in 2002, it was so named for the prevalence of manganese in its composition and its relation to vesuvianite. 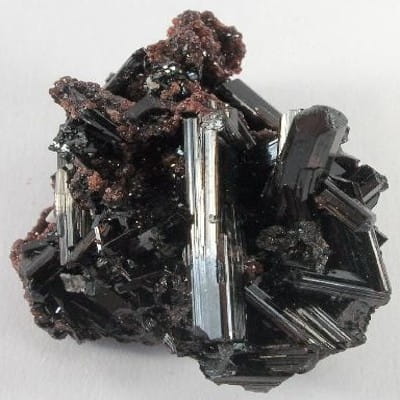 It was named for the relationship to vesuvianite and for the dominance of manganese in the chemical composition. As of 2012, manganvesuvianite has been found at two locations in South Africa. It formed at temperatures of 250 to 400°C (482 to 752°F) by the hydrothermal alteration of sedimentary and metamorphic manganese ores. Crystallization occurred in fault planes and lenticular bodies in the ore bed or by filling veins and vugs.