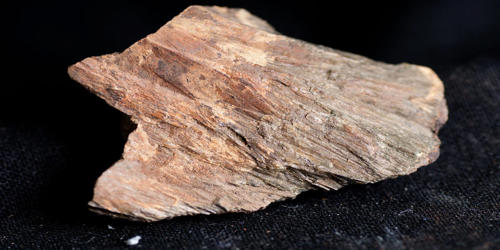 Maricite or marićite is a sodium iron phosphate mineral (NaFe2+PO4), that has two metal cations connected to a phosphate tetrahedron. It is an orthorhombic-dipyramidal mineral containing iron, oxygen, phosphorus, and sodium. It is structurally similar to the much more common mineral olivine. It is a member of the phosphate mineral group.

Maricite is a sodium iron phosphate from the extremely diverse phosphate mineral group. In 1977 maricite was discovered in the Big Fish River area, Yukon Territory, Canada (Fleischer, Chao, and Mandarino, 1979). This is an important geologic location that has provided the discovery of several new phosphate minerals. 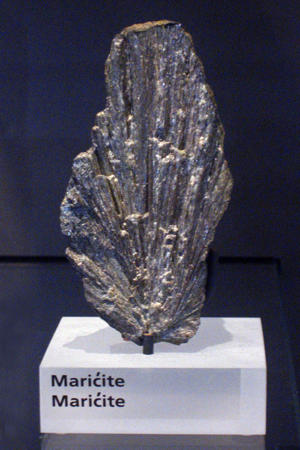 Maricite is brittle, usually colorless to gray, and has been found in nodules within shale beds often containing other minerals. It was investigated as a positive electrode material for the intermediate-temperature operation of sodium secondary batteries using ionic liquid electrolytes. It is usually colorless to gray, but is sometimes a pale brown color and it has a white streak.

Maricite is most commonly known to be found in the Big Fish River area of the Yukon Territory, Canada, but it has also been found in Eastern Germany, as well as inside of various meteorites around the world. Maricite is named after Luka Maric (1899–1979) of Croatia, the longtime head of the mineralogy and petrography departments at the University of Zagreb. Maricite has also been discovered in meteorites found in Eastern Antarctica, Uttar Pradesh, India and Avannaa, Greenland.