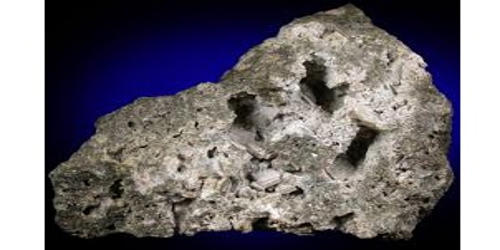 Melilite refers to a mineral of the melilite group. It is a mineral consisting of a solid solution of gehlenite and akermanite. It has a yellowish, greenish-brown color. Minerals of the group are solid solutions of several endmembers, the most important of which are gehlenite and åkermanite.  The melilites are unstable at temperatures below about 500°C for åkermanite and 600°C for gehlenite at water vapor pressures in the range of 0.48–0.67 GPa. A generalized formula for common melilite is (Ca,Na)2(Al,Mg,Fe2+)[(Al,Si)SiO7]. It was originally described in 1796 from Capo di Bove, Alban Hills, Rome Province, Latium, Italy. The name derives from the Greek words meli (μέλι) “honey” and lithos (λίθους) “stone”.

Minerals of the melilite group are sorosilicates. They have the same basic structure, of general formula A2B(T2O7).  are characteristic of high-temperature mineral associations in thermally metamorphosed impure limestones of contact zones and åkermanite is considered to be a critical index mineral of the sanidinite facies. The melilite structure consists of pairs of fused TO4, where T may be Si, Al, B, in bow-tie form. 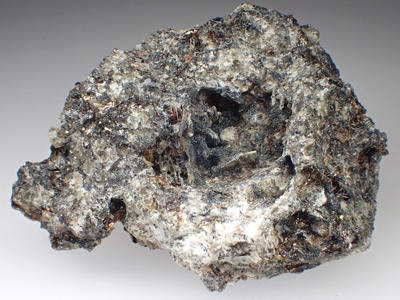 Melilite is a constituent of some calcium- and aluminum-rich inclusions (CAIs) in chondritic meteorites. These minerals crystallize from calcium-rich, alkaline magmas and from many artificial melts and blast-furnace slags. Isotope ratios of magnesium and some other elements in these inclusions are of great importance in deducing processes that formed our solar system.

Melilite with compositions dominated by the endmembers akermanite and gehlenite is widely distributed but uncommon. It is a sorosilicate mineral group, consisting chiefly of sodium, calcium, and aluminum silicates, occurring in igneous rocks. It occurs in metamorphic and igneous rocks and in meteorites. Typical metamorphic occurrences are in high-temperature metamorphosed impure limestones. For instance, melilite occurs in some high-temperature skarns. It is an often honey-yellow mineral occurring in small tetragonal crystals that is a silicate of sodium, calcium, aluminum, and iron.

Melilite also occurs in unusual silica-undersaturated igneous rocks. Some of these rocks appear to have formed by the reaction of magmas with limestone. Other igneous rocks containing melilite crystallize from magma derived from the Earth’s mantle and apparently uncontaminated by the Earth’s crust. It is a member of the series consisting of an isomorphous solid-solution series between gehlenite and akermanite.