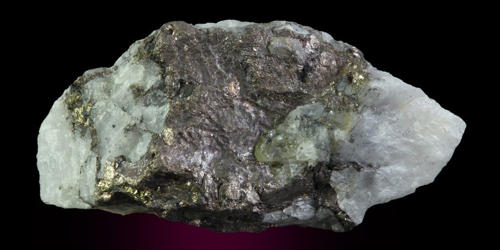 It was first described from the Melones and Stanislaus mine in Calaveras County, California in 1866, by Frederick Augustus Genth. 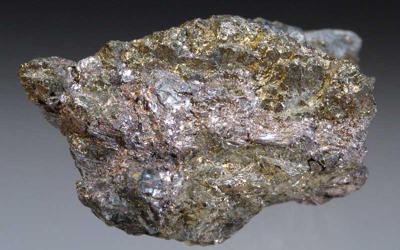 It has a specific gravity of 7.72 and a hardness of 1–1.5 (very soft). It an opaque reddish-white mineral that crystallizes in the trigonal system and occurs as hexagonal scales.

Occurrence: Melonite occurs as trigonal crystals, which cleave in a (0001) direction. With other tellurium minerals in the late stages of hydrothermal veins formed at medium to low temperatures. Also in high-temperature Ni–Cu–PGE magmatic sulfide deposits. Melonite is usually found associated with other tellurides in quartz veins. Famous deposits are the Californian quartz veins, Cripple Creek Colorado, and Kalgoorlie Western Australia.