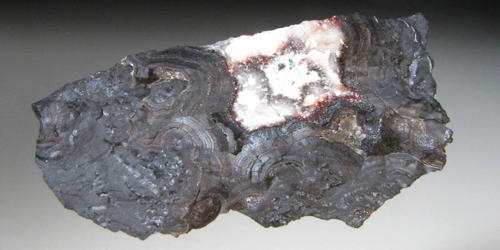 Mereheadite is a monoclinic-prismatic mineral containing chlorine, hydrogen, lead, and oxygen. It is a rare oxychloride that can be found with Mendipite at Merehead Quarry, Cranmore, Somerset, in the United Kingdom. It is a new mineral related to litharge and which is structurally similar to synthetic bismuth-oxyhalides. Most specimens are associated with calcite, mendipite, or hydrous cerussite in the Manganese pods on vein two at torr works quarry (merehead quarry).

This mineral is associated with symesite which is also light yellow to orange. Symesite is found in small blotches on the calcites or mendipites; Mereheadite does not, as it is most often found in veins. 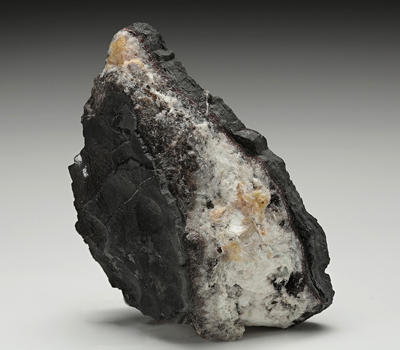 Mereheadite is a pale yellow to reddish-orange, transparent to translucent, and has a white streak and a vitreous or resinous luster. It is not fluorescent. The mineral is brittle with an uneven, conchoidal to hackly fracture and has a perfect (001) cleavage which is parallel to the sheets of PbO and Cl.

Occurrence: A secondary low-temperature mineral formed in lenses and cavities, in a Mississippi Valley-type lead deposit in limestone, by a hydrothermal event that caused the decomposition of the galena and created the conditions which led to the formation of this rare oxychloride mineral.