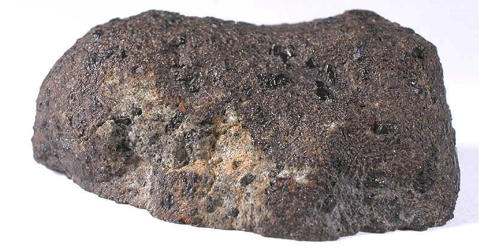 Merrillite was revalidated as a valid species in 1976. Merrill (1915) described the mineral from (at least) 4 meteorites, which may be considered type localities: Alfianello, Dhurmsala, Pultusk, Rich Mountain.

The mineral is named after George P. Merrill (1854–1929) of the Smithsonian Institution. Merrill had described the mineral from four meteorites in 1915: the Alfianello, Dhurmsala, Pultusk, and Rich Mountain meteorites. The mineral was not recognized as distinct from whitlockite, however, by the IMA until 1975. 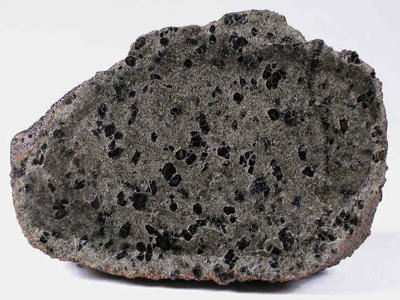 Merrillite is a very important constituent of extraterrestrial rocks. Natural merrillite is generally igneous, although it can occur as a metamorphic product in chondritic meteorites. It occurs in pallasites, lunar rocks, martian meteorites, and many other meteorite groups.