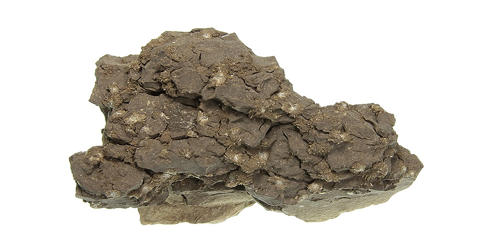 Messelite is a mineral with formula Ca2(Fe2+, Mn2+)(PO4)2·2H2O. It is a triclinic-pinacoidal mineral containing calcium, hydrogen, iron, manganese, oxygen, and phosphorus. It was discovered in Germany and described in 1890. The mineral was subsequently discredited in 1940, reinstated, and named neomesselite in 1955, and the name restored to messelite in 1959. It was named for the Messel mine in Germany which is the type locality for the species. 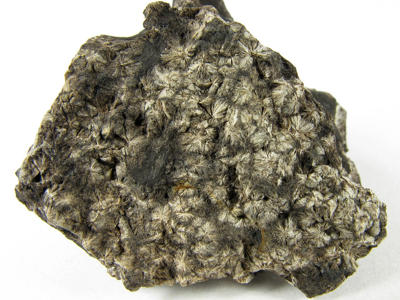 Messelite is a translucent mineral that is white, pale greenish-white, greenish-gray, pink, or colorless. The mineral may be granular or occur as internally radial aggregates of lamellar crystals arranged as globes, hemispheres, or sheafs, up to 1.5 cm (0.59 in).

Messelite was discovered in Messel, Hesse, Germany, by a Dr. Spiegel who worked as technical director at a local factory. The specimen contained a number of crystals associated with carbonaceous material. It did not conform to any known mineral at the time, a fact confirmed when it was studied at a local mineralogical institute. The mineral was described by W. Muthmann in 1890 in the journal Zeitschrift für Kristallographie and its formula was identified as (Ca2+, Fe2+, Mn2+)3(PO4)2·​2 1⁄2H2O.

The first reevaluation of messelite was carried out by C. W. Wolfe in 1940. Wolfe concluded that the material was anapaite partially altered to collinsite and he discredited messelite as a valid mineral species.

Generally, Messelite occurs as a late-stage mineral as a product of hydrothermal alteration in granite pegmatites. Messelite has been found in Austria, Brazil, Canada, Czech Republic, France, Germany, Japan, Kazakhstan, Spain, Sweden, Switzerland, Ukraine, and the United States. The mineral tends to form in granite pegmatites by hydrothermal alteration at a late stage.