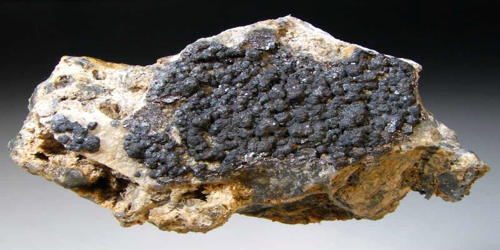 Metacinnabar is the cubic form of mercury sulfide (HgS). It is a mercury sulfide mineral that has the same chemical composition as cinnabar (HgS). It is the low-temperature form and trimorphous with cinnabar (trigonal structure) and the high-temperature hypercinnabar (hexagonal structure). It is a mineral that consists of a native black mercuric sulfide and is polymorphous with cinnabar. It is not radioactive.

Metacinnabar is uncommon and there are sporadic occurrences in many of the important mercury deposits. It occurs with cinnabar in mercury deposits and is associated with native mercury, wurtzite, stibnite, marcasite, realgar, calcite, barite, chalcedony, and hydrocarbons. The most significant locality of this mineral is Mount Diablo in the Diablo Range, Contra Costa Co., California. It was first described in 1870 for an occurrence in the Redington mine, Knoxville, Napa County, California. 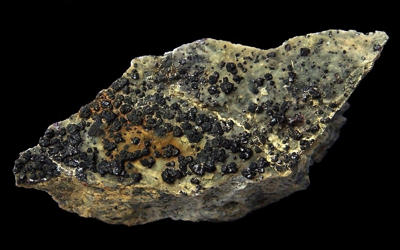 A member of the sphalerite group of sulfide minerals having isometric crystal symmetry, metacinnabar is transformed to cinnabar, a more stable form, upon heating to 400°–550° C (750°–1,020° F).