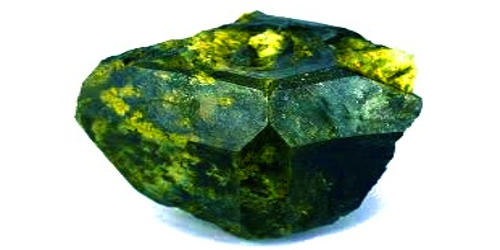 Microlite is one of the tantalum/niobium oxides that are generally difficult to distinguish. It is a pale-yellow, reddish-brown, or black isometric mineral composed of sodium-calcium tantalum oxide with a small amount of fluorine (Na, Ca)2Ta2O6(O, OH, F). Today it is a name of a group of oxide minerals of a similar stoichiometry having tantalum prevailing over titanium and niobium. It generally contains impurities of radioactive elements called rare earth and this produces the slight radioactivity in this mineral. The microlite group belongs to a large pyrochlore supergroup that occurs in pegmatites and constitutes an ore of tantalum.

Microlite occurs as a primary mineral in lithium-bearing granite pegmatites, or replacing tantalum minerals; in miarolitic cavities in granites. The name of this mineral is derived from the Greek word for the size of the crystals when found at the original location. 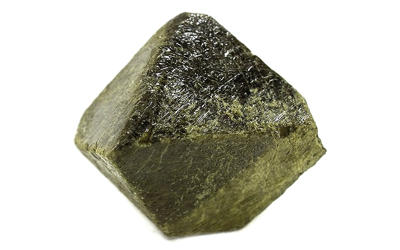 It has a Mohs hardness of 5.5 and a variable specific gravity of 4.2 to 6.4.  It is brittle by nature, having a hardness that varies from 5-5.5. It occurs as disseminated microscopic subtranslucent to opaque octahedral crystals with a refractive index of 2.0 to 2.2. Microlite is also called djalmaite, but both names are now obsolete.

Microlite is a mineral that is found in a number of locations, but only a few locations have large crystal deposits of this mineral. “Microlite” was first described in 1835 for an occurrence on the island of Uto, State of Stockholm, Sweden. A type locality is the Clark Ledges pegmatite, Chesterfield, Hampshire County, Massachusetts. The name is from Greek mikros for “small” and lithos for “stone.” Some of the minerals with which microlite is associated with are fluorite, tantalite, topaz, beryl, lepidolite, albite, and tourmaline.