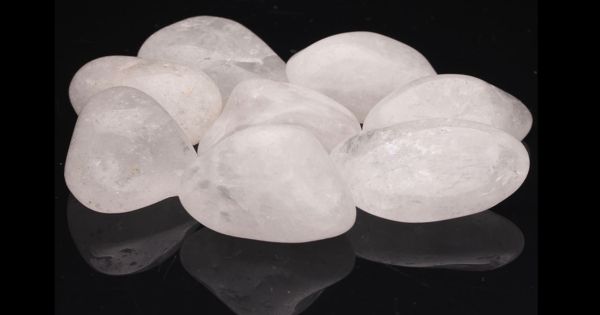 Milky Quartz is any quartz crystal or cluster that is white in color and cloudy. It is the most common variety of crystalline quartz. The cloudy white character of the crystals is what lead to the variety name, milky. The white color is caused by minute fluid inclusions of gas, liquid, or both, trapped during crystal formation, making it of little value for optical and quality gemstone applications. The cloudiness of milky quartz comes from microscopic inclusions of fluids that have been encased in the crystal from the time the crystal first grew.

Milky Quartz is generally White Quartz. The milkiness is created by many, many bubbles of un-solidified Quartz inside the crystal.

Milky quartz is a semi-transparent to an opaque white-colored variety of quartz. Not all varieties of quartz are naturally occurring. Some clear quartz crystals can be treated using heat or gamma-irradiation to induce color where it would not otherwise have occurred naturally. The milky appearance is caused by many bubbles of un-solidified quartz solution floating in the crystal. From a cynical point of view, the inclusions have ruined the crystal from being used for the many purposes that quartz crystals are tasked to do (e.g. gemstones or optic purposes). Scientists have recently discovered a way of storing terabytes of information in a single one of these bubbles, so think just how much information is packed into these crystals! 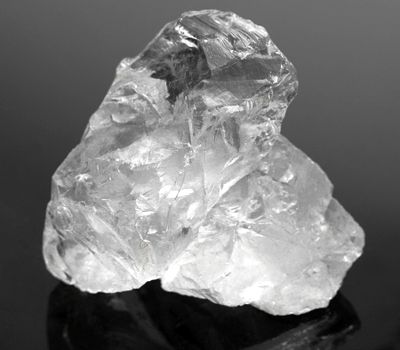 Milky quartz is crystalline quartz that is white and translucent to almost opaque due to numerous evenly distributed gas and/or fluid inclusions. Quartz is a defining constituent of granite and other felsic igneous rocks. It is very common in sedimentary rocks such as sandstone and shale. However, milky quartz is used in many fine ornamental carvings and the fluid inclusions can give milky quartz an attractive greasy luster unlike the other varieties of quartz. It is a common constituent of schist, gneiss, quartzite, and other metamorphic rocks.

Milky quartz is often responsible for the cloudy phantoms inside of otherwise clear rock quartz, amethyst, citrine, or smoky quartz. Generally, a high presence of quartz suggests a “mature” rock since it indicates the rock has been heavily reworked and quartz was the primary mineral that endured heavy weathering. It is occasionally associated with gold in hydrothermal veins. Prospectors searching for gold-laden ore look for outcrops of milky white quartz veins.