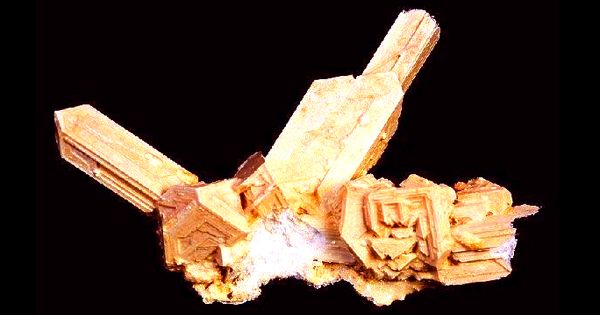 Mirabilite is a widespread sulfate mineral, hydrated sodium sulfate that forms efflorescences and crusts, particularly in arid regions. It also is known as Glauber’s salt, is a hydrous sodium sulfate mineral with the chemical formula Na2SO4·10H2O. It is a mineral consisting of hydrous sodium sulfate occurring as a deposit from saline lakes, playas, and springs and as an efflorescence. It occurs in deposits from salt lakes, springs, and playas, especially in the winter (its solubility decreases markedly at lower temperatures).

Mirabilite is used as a purgative in Traditional Chinese medicine; in Mandarin, it is called máng xiāo. The name ‘mirabilite’ is based on the phrase “Sal mirabilis” (Latin for “wonderful salt”) used by Johann Rudolph Glauber when he inadvertently synthesized mirabilite 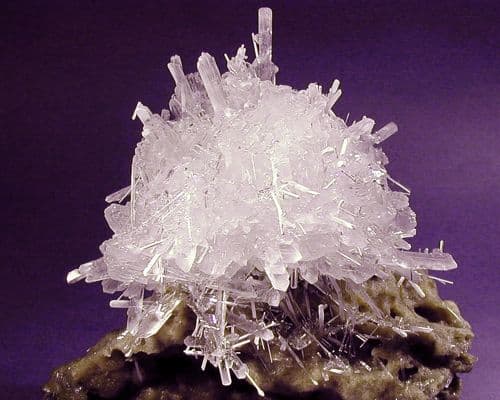 Mirabilite is unstable and quickly dehydrates in dry air, the prismatic crystals turning into a white powder, thenardite (Na2SO4). In turn, thenardite can also absorb water and converts to mirabilite. It is a vitreous, colorless to a white monoclinic mineral that forms as an evaporite from sodium sulfate-bearing brines.

Occurrence: Typically in salt pans, playas, and saline lakes, where the deposition may be seasonal and bedded deposits formed therefrom; rarely in caves and lava tubes; in volcanic fumaroles; a product of hydrothermal sericitic alteration; a post-mining precipitate.

It is abundant in California, Wyoming, and other areas of the western and southwestern United States; it also occurs in Austria, Spain, abundantly in Bohemia, and in the Garabogazköl Gulf of the Caspian Sea.

Association: It is found around saline springs and along saline playa lakes. Associated minerals include gypsum, halite, thenardite, trona, glauberite, and epsomite.