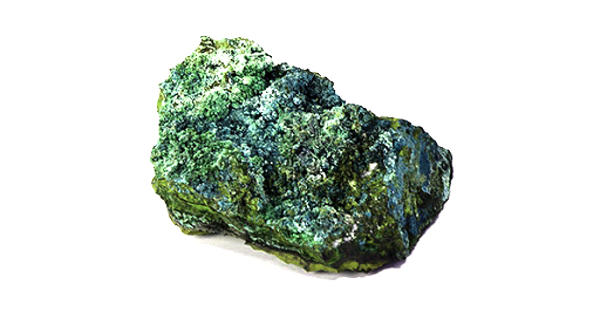 Mixite is one of just a handful of bismuth minerals and one of the even fewer bismuth arsenates. It is a rare copper bismuth arsenate mineral with formula: BiCu6(AsO4)3(OH)6·3(H2O). It is a mineral, consisting of green to whitish hydrous basic copper bismuth arsenate. It is a hexagonal hydrated basic arsenate of copper and bismuth, usually occurring as green fibrous encrustations. Mixite lends its name to a small group of rather obscure minerals called the Mixite Group. The Mixite Group is a group of hexagonal, hydrated copper arsenate and phosphate hydroxides with a general formula of ACu6(XO4)3(OH)6 – 3H2O The A in the formula can be either bismuth, aluminum, calcium, cerium, lanthanum, yttrium, neodymium or thorium. The X can be either arsenic or phosphorous.

It was discovered in 1879 near J´achymov, Czech Republic by mine engineer Anton Mixa. Mixite has also been found in Argentina, Australia, Austria, France, Germany, Greece, Hungary, Italy, Japan, Mexico, Namibia, Poland, Spain, Switzerland, the United Kingdom, and the United States. 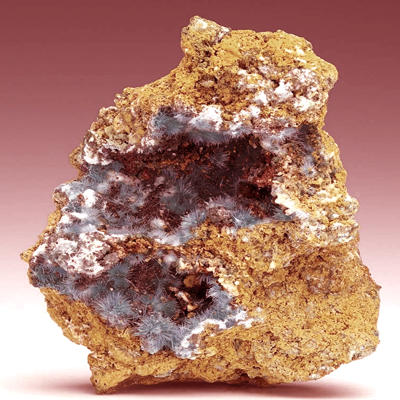 It crystallizes in the hexagonal crystal system typically occurring as radiating acicular prisms and massive encrustations. As a mineral collection specimen, mixite is a truly wonderful addition. It forms nice radial clusters called spherules, made up of fine acicular crystals. The color is typically a brilliant green of one shade or another coupled with an attractive silky luster. The color varies from white to various shades of green and blue. It has a Mohs hardness of 3.5 to 4 and a specific gravity of 3.8. It has an uneven fracture and a brilliant to adamantine luster.

It occurs as a secondary mineral in the oxidized zones of copper deposits. Associated minerals include bismutite, smaltite, native bismuth, atelestite, erythrite, malachite, and barite. Mixite is an uncommon secondary miner that occurs at localities in, additionally, England, Germany, France, Greece, Namibia, Mexico, and the United States, among others. It occurs in oxidized copper deposits.

Agardite actually represents at least a couple of minerals and is sometimes considered a mineral group itself. Agardite and mixite are difficult to differentiate.