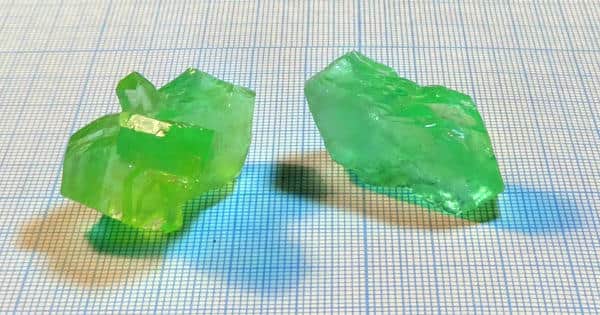 Minerals form in all geologic environments and thus under a wide range of chemical and physical conditions, such as varying temperatures and pressure.  Mohrite, (NH4)2 Fe(SO4)2·6(H2O), is a rare sulfate mineral originally found in the geothermal fields of Tuscany, Italy.  It is a monoclinic-prismatic light green mineral containing hydrogen, hydrogen, iron, nitrogen, oxygen, and sulfur. This Fe-dominant analog of boussingaultite is sometimes reported from burning coal dumps.

It was named to honor Karl Friedrich Mohr (1806–1879), German analytical chemist, for whom the synthetic compound has long been named. 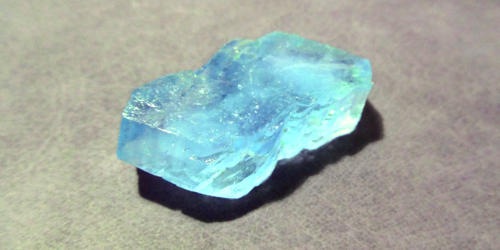 Nearly all minerals have the internal ordered arrangement of atoms and ions that is the defining characteristic of crystalline solids. The external shape of a crystal is perceived as its aesthetic beauty, and its geometry reflects the internal atomic arrangement.

Occurrence: In boriferous fumaroles and geysers.

Mohrite was named in 1964 by Carlo Lorenzo Garavelli in honor of Karl Friedrich Mohr after whom the synthetic compound was originally named.

The sulfate minerals occur commonly in primary evaporite depositional environments, as gangue minerals in hydrothermal veins, and as secondary minerals in the oxidizing zone of sulfide mineral deposits.