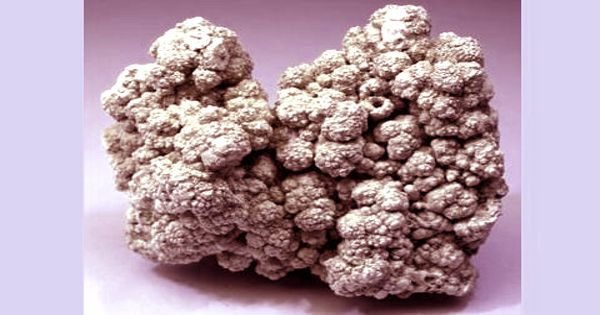 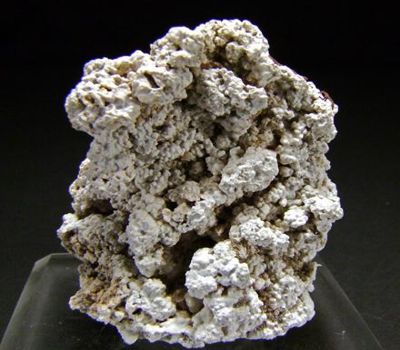 Monohydrocalcite is not a common rock-forming mineral but is frequently associated with other calcium and magnesium carbonate minerals, such as calcite, aragonite, lansfordite, and nesquehonite.

Occurrence: In lake-bed sediments and as tuffaceous deposits on lake margins, formed by precipitation at pH > 8.0 and high Mg: Ca or by biological activity; in caves, in speleothems, crusts, and “moonmilk,” probably formed from an aerosol, possibly in the presence of organic matter; rarely in hydrothermal mineral deposits.

Monohydrocalcite has been observed in air conditioning systems, and in moonmilk deposits in caves, both probably formed from the spray of carbonate-rich fluids. It is well known in Robe on the Limestone Coast of South Australia as a component of beach sands of Lake Fellmongery and Lake Butler, where it is believed to be formed from algal spume. Other lacustrine deposits include Lake Issyk-Kul, Kyrgyzstan, Lake Kivu, the Democratic Republic of the Congo, and Solar Lake, Sinai.