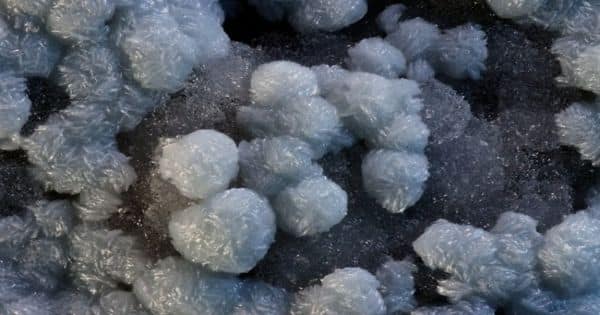 Motukoreaite is a trigonal-hexagonal scalenohedral mineral containing aluminum, carbon, hydrogen, magnesium, oxygen, sodium, and sulfur. It is a mineral with the formula Mg6Al3(OH)18[Na(H2O)](SO4)2·6H2O (possibly more than one species). Motukoreaite resembles hydrotalcite and has positively charged brucite-like layers separated by carbonate and sulphate anions and water molecules. This rare mineral is found at its few localities as a common mineral in basalt volcaniclastic rocks that have reacted with seawater. It can also be found in cavities in hauyne-nepheline.

Motukoreaite is a rare mineral is found at its few localities as a common mineral in basalt volcaniclastic rocks that have reacted with seawater. The mineral readily dehydrates partially.

The mineral is named for Motukorea, the island in New Zealand where it was discovered. Motukoreaite was first noted in 1941 and officially described in 1977. Motukoreaite is known from Motukorea, New Zealand, La Piatta quarry in Italy, Stradner Kogel in Austria, and the western Mediterranean Sea near Spain. 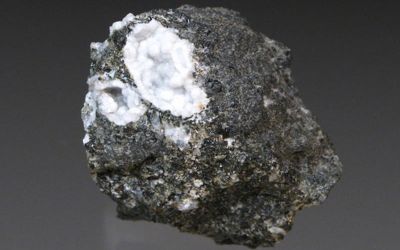 Motukoreaite forms from the alteration of submarine basaltic glass at temperatures below 150 °C (302 °F). The alteration occurs in the sequence motukoreaite, phillipsite, calcite. A study in 1989 suggested that motukoreaite is a common, widely occurring mineral.

Motukoreaite occurs as claylike cement or hexagonal tabular crystals up to 0.2 mm (0.0079 in) in size that forms rosettes, box works, and subparallel aggregates. The crystals are semitransparent and are white, pale yellow, pale yellow-green, or colorless. The mineral readily dehydrates partially.

Motukoreaite was first identified as “beach limestone” by J. A. Bartrum in 1941 at two locations along the shore of Motukorea where it occurs as a coating or alteration of basaltic sand and basaltic tuff related to a small Pleistocene volcanic cone.