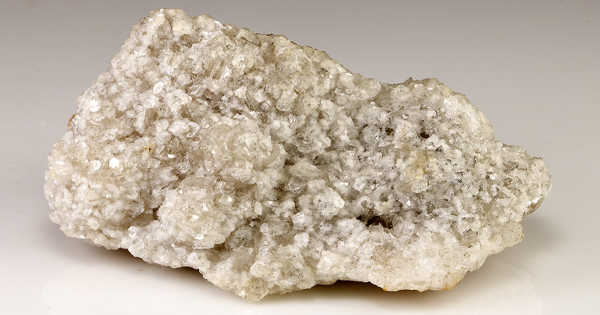 Nobleite is a rare borate mineral with the chemical formula CaB6O9(OH)2·3H2O. It is a transparent mineral containing calcium, boron, hydroxide, and water. It was discovered in 1961, in Death Valley, California, and is named for Levi F. Noble, a USGS geologist, in honor of his contributions to the geology of the Death Valley region.

Nobleite is transparent, colorless to white, colorless in transparent light, and has white streaks. It has a subvitreous luster and is pearly on cleavages.

It was named after Levi Fatzinger Noble (1882-1965), an American geologist, for contributing to the geology of the Death Valley region.

Nobleite has also been identified at two localities in Chile and Argentina.

Association: Nobleite is distributed in the USA, in the Furnace Creek district, Death Valley, Inyo Co., California, from 1 km north-northwest of the De Bely mine, and several other places and is found coarsely crystalline in the Corkscrew mine. It is also found in the Sijes district, Salta Province, Argentina.