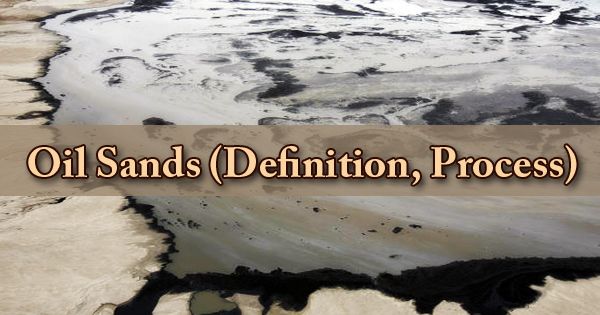 Oil sands are a type of unconventional petroleum deposit, often referred to as tar sands, crude bitumen or more technically bituminous sands. Oil sands are either loose sands or partially consolidated sandstone containing a mixture of sand, clay, and water that occurs naturally, soaked with a thick and highly viscous type of bitumen petroleum. The oil is a very thick liquid or sticky black solid with a low melting point, in the form of bitumen. In order to flow on its own, bitumen is too dense, so extraction methods are required. Usually, bitumen makes up about 5 to 15 percent of the deposit. Oil sands are located mainly in northern Alberta and Saskatchewan, Canada, and in areas of Venezuela, Kazakhstan, and Russia in the Athabasca, Cold Lake, and Peace River regions. 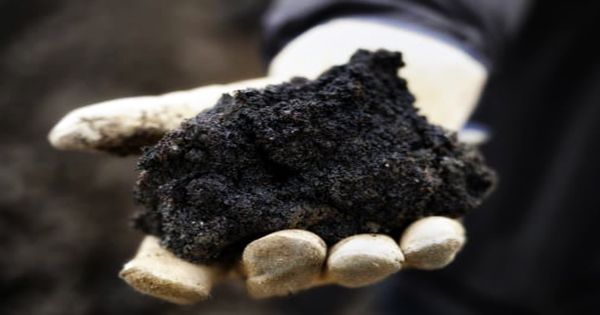 Estimated global oil reserves are more than 2 trillion barrels (320 billion cubic meters) of oil; estimates contain undiscovered deposits. There are approximately 100 billion barrels of proven bitumen reserves, and total natural bitumen reserves are estimated at 249.67 Gbbl (39.694×109 m3) worldwide, of which 176.8 Gbbl (28.11×109 m3) or 70.8% is in Alberta, Canada. Numerous organizations are in play to reduce the environmental effects of oil sands mining. The procedure used to remove bitumen from oil sand depends on how deeply buried the oil sand is. To remove the bitumen, wells must be drilled if the oil sand is deeply buried. If the oil sand is near the surface, it will be mined and transported for extraction to a processing plant.

Oil sands generate substantial revenue for Canada, which relies on oil sands as a significant portion of its economic health, despite the negative environmental effects. Natural bitumen is described by the World Energy Council (WEC) as “oil having a viscosity greater than 10,000 centipoise under reservoir conditions and an API gravity of less than 10° API.” The degree to which they have been degraded by bacteria from the original traditional oils varies from natural bitumen and extra-heavy oil. According to the WEC, extra-heavy oil has “a gravity of less than 10° API and a reservoir viscosity of no more than 10,000 centipoise.”

In Alberta, Canada, much of the world’s oil sand supplies are found. The Alberta Energy and Utility Board reports that about 1.6 trillion barrels of oil constitute approximately 14 percent of the total global oil reserve. The Athabasca Oil Sands are the largest deposit. Canada had roughly 171 billion barrels of oil reserves as of 2020, the world’s third-highest after Venezuela and Saudi Arabia. Alberta’s oil sands contain 166.3 billion barrels, which means that the oil sands are an important component of Canada’s economy in terms of investment, employment, and revenue. Oil sands are active in the unburnable carbon controversy, along with other so-called unconventional oil production activities, but they also contribute to energy stability and counteract the international price cartel OPEC (Organization of the Petroleum Exporting Countries).

Clearing large land areas of trees and brush is the first phase in surface oil sands mining. In order to expose the oil sand, the topsoil and clay are removed. This method of surface mining uses big trucks and shovels to extract the sand, which can have a volume of between 1% and 20% of the actual bitumen. The results are transported to refineries for refining into gasoline, jet fuel, and other petroleum products after processing and upgrading. Except for a fraction of the extra-heavy oil or bitumen which can be extracted by traditional oil well technology, oil sands must be developed by strip mining or the oil made to flow into wells using sophisticated in-situ techniques. These methods usually use more water and require higher quantities of energy than conventional oil extraction. 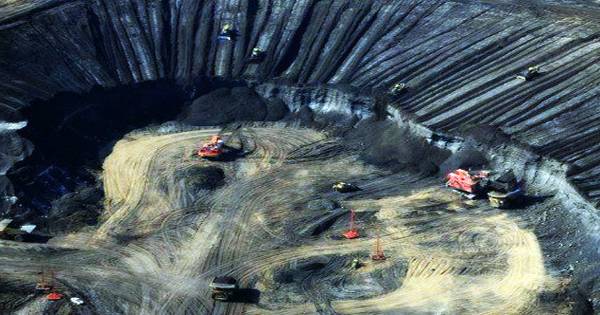 The oil sand is compressed at the processing plant and then treated with hot water and chemicals to liberate the bitumen. The released bitumen is then extracted from the water, blended to reduce its viscosity with lighter hydrocarbons, and pumped to a refinery via a pipeline. Although most of the oil sands in Canada are developed using open-pit mining, about 90 percent of the oil sands in Canada and all of the oil sands in Venezuela are too far below the surface for surface mining to be used. As it includes leveling hundreds of square miles of land, trees, and animals, the mining process is known to be very destructive to the ecosystem. After completing operations, oil companies using this approach are forced to restore the region to its original environmental state, adding more to the cost.

Canadian oil sands are much colder and more biodegraded, so bitumen recovery rates are typically just around 5–6 percent. In the more fluid areas of the Canadian oil sands, primary recovery has historically been used. However, only a tiny fraction of the oil in place was retrieved, so today it is not always used. In-situ, also referred to as in-situ recovery (ISR) or solution mining, is generally used for the extraction of bitumen in oil sand that is buried too deep below the earth’s surface for truck and shovel recovery. At present, a significant number of oil sands mines are in operation and more are in the approval or construction stages. Many wells are drilled into the oil sand. Then one well is pumped down by steam and chemicals. Bitumen is softened by hot steam and additives, reduced in viscosity, and flushed into extraction wells where it is pumped to the surface. The bitumen is washed on the surface, blended with lighter hydrocarbons and pumped to a refinery via a pipeline.

Since oil sands mining is extremely costly, the price of oil for mining companies is a crucial factor in profit generation. If the price of oil falls too low, then it might not be monetarily beneficial to extract oil sands. Engineered dam and dyke structures containing salts, suspended solids and other dissolvable chemical compounds such as naphthenic acids, benzene, residual bitumen hydrocarbons, fine silts (mature fine tails MFT), and water are oil sands tailings ponds. Large volumes of tailings are a by-product of oil sands surface mining and one of the most difficult environmental challenges facing the oil sands industry is the management of these tailings. The in situ method is more expensive than the method of surface mining, but it is much less detrimental to the environment, involving the operation of only a few hundred meters of land and a nearby water source. A mining solution is injected into the soil after the drilling of holes. Explosions or hydraulic drilling can sometimes be used to open pathways.

Some years ago, Canadian oil companies discovered that production rates increased dramatically if they removed the sand filters from heavy oil wells and extracted as much sand as possible with the oil. This method became known as the development of Cold Heavy Oil Production with Sand (CHOPS). It is estimated by the Alberta government that 70 percent to 80 percent of oil in the oil sands is buried too deep for open-pit mining; thus, in situ methods would likely be the future of extracting oil from oil sands. Instead of steam, some methods use solvents to extract bitumen from sand. Some methods of solvent extraction can work well in in-situ manufacturing and others in mining. The solvent can be advantageous if it produces more oil while consuming less energy to generate steam. In situ, the most common type of steam-assisted gravity drainage (SAGD) is called.