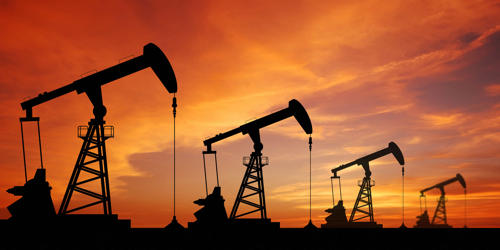 Petroleum is a naturally occurring, yellowish-black liquid found in geological formations beneath the Earth’s surface. It is commonly refined into various types of fuels. Components of petroleum are separated using a technique called fractional distillation, i.e. separation of a liquid mixture into fractions differing in boiling point by means of distillation, typically using a fractionating column. Examples of petroleum products include kerosene, home heating oil, diesel fuel, and gasoline.

The occurrence of petroleum is widespread but very uneven. It consists of naturally occurring hydrocarbons of various molecular weights and may contain miscellaneous organic compounds. Petroleum occurs on all the continents of the world, although some continents are much richer in petroleum than others.

The name petroleum covers both naturally occurring unprocessed crude oil and petroleum products that are made up of refined crude oil. The unevenness of the occurrence of petroleum, it should be remembered, is due in part to the unevenness of the exploration effort. A fossil fuel, petroleum is formed when large quantities of dead organisms, mostly zooplankton, and algae, are buried underneath sedimentary rock and subjected to both intense heat and pressure. More important, however, from the standpoint of the petroleum geologist and the industry, are the underground or subsurface occurrences, exploited only as of the result of drilling. Almost all of the world’s commercial supply of oil and gas is produced from subsurface deposits.

The properties of petroleum, such as viscosity, density, boiling point, and color, may vary widely, and the ultimate or elemental analysis varies over a narrow range for a large number of samples. Petroleum has mostly been recovered by oil drilling. Drilling is carried out after studies of structural geology (at the reservoir scale), sedimentary basin analysis, and reservoir characterization have been completed. Hydrogen and carbon are the major components, and sulfur, nitrogen, oxygen, and metals are present in relatively lower quantities. It is refined and separated, most easily by distillation, into numerous consumer products, from gasoline (petrol) and kerosene to asphalt and chemical reagents used to make plastics, pesticides, and pharmaceuticals.

Usually, petroleum or crude oil comes from deep underground, where the vestiges of plants and animals from millions of years ago have been heated and pressurized over time. It is blackish in color and has a characteristic odor that comes from the presence of small amounts of chemical compounds containing sulfur, nitrogen, and metals. Petroleum is used in manufacturing a wide variety of materials, and it is estimated that the world consumes about 95 million barrels each day.

Petroleum products include transportation fuels, fuel oils for heating and electricity generation, asphalt and road oil, and feedstocks for making the chemicals, plastics, and synthetic materials that are in nearly everything we use.

Today, petroleum is mostly used as a source of energy, being rich in combustible carbon in the production of electricity or running some sorts of heat engines.