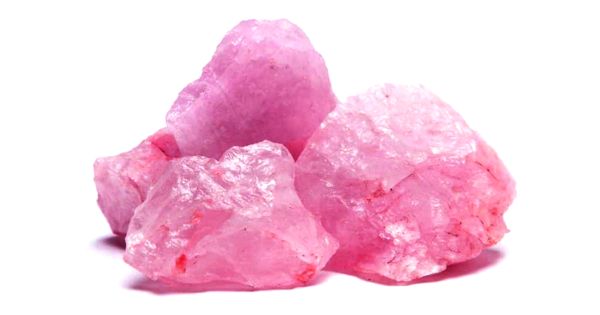 Rose quartz – a type of quartz

Rose quartz is a type of quartz that exhibits a pale pink to rose red hue. A pink variety of quartz, that ranges from very pale pink to deep reddish-pink, and from opaque to transparent. The color is usually considered due to trace amounts of titanium, iron, or manganese, in the material. It is believed that the stone owes its beautiful color to the presence of manganese, iron, and titanium, but other research suggests that the specific coloration is caused by delicate fibers of borosilicate which has since been dubbed dididumortierite.

Rose quartz is the name used for pink specimens of the mineral quartz. It is abundant, common, and found in large quantities at numerous locations around the world. It has been prized by various cultures and believed to have substantial magical powers.

Rose quartz is the classic stone of love. It is also known as Hyaline Quartz. It has a pale pink coloring and translucent transparency and a vitreous luster. It has a hardness of 7 on the Mohs scale, making it more than sturdy enough to be set in different kinds of jewelry. It helps dissolve old hurts and open the heart to trust in love and have faith in the benevolence of the Universe. Even though its accessibility makes it popular in crafts jewelry, it also has its admirers among designer jewelers. 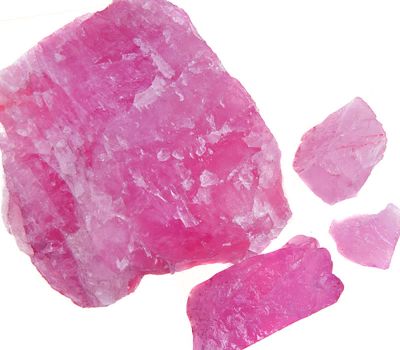 Rose quartz crystal is one of the most common crystals but also one of the most powerful. Some rose quartz contains microscopic rutile needles that produce an asterism in transmitted light. Recent X-ray diffraction studies suggest that the color is due to thin microscopic fibers of possible dumortierite within the quartz. One of the properties of rose quartz is its soothing effect on the space it is in. It usually occurs as massive, anhedral occurrences in hydrothermal veins and pegmatites.

Rose quartz is a beautiful, if rather common, gemstone boasting gentle shades of pink. Additionally, there is a rare type of pink quartz (also frequently called crystalline rose quartz) with color that is thought to be caused by trace amounts of phosphate or aluminum. Most commonly found as puffed hearts, tumbled stones, or cut en cabochon, it has been prized by various cultures and believed to have substantial magical powers. The color in crystals is apparently photosensitive and subject to fading. Rose Quartz is found in Madagascar, Brazil, India, the United States, and many other places. The first crystals were found in a pegmatite found near Rumford, Maine, US, and in Minas Gerais, Brazil.