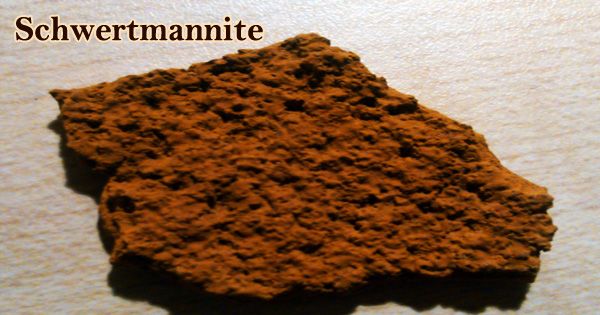 Schwertmannite is a typical iron-derived mineral that was originally discovered and subsequently synthesized in the laboratory in acid mine drainings. It is an iron-oxyhydroxysulfate mineral with an ideal chemical formula of Fe8O8(OH)6(SO4)·nH2O or Fe3+16O16(OH,SO4)12-13·10-12H2O. As an adsorbent material which could be used for environmental remediation (such as the treatment/remediation of arsenic, chromium, antimony, fluoride, and organic contaminants), it is progressively seen as having considerable potential.

Schwertmannite is an opaque tetragonal mineral usually present as incrustations of brownish-yellow. It has a hardness of Mohs 2.5-3.5 and a specific gravity of 3.77-3.99 respectively. Compared with water treatment, soil remediation by schwertmannite is compared and its application is further evaluated. It was first described in Finland in 1994 and named for soil scientist Udo Schwertmann (born 1927), Technical University of Munich, and Munich, Germany. 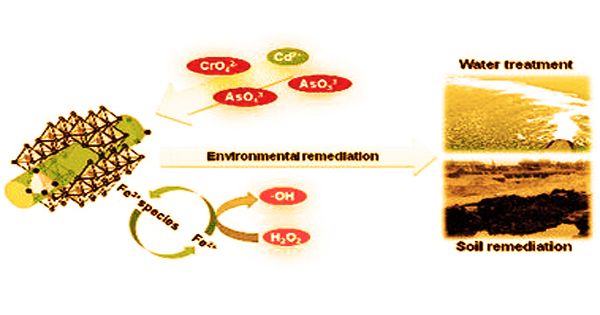 Schwertmannite (Sch) is actually a secondary mineral of iron (Fe)-hydroxyl sulfate and is contained in environments rich in acidic sulfate. It may theoretically be used in polluted water or soil for the treatment of different heavy metals. It is probably one of the most frequently observed minerals which, similar to ferrihydrite, precipitate from ferriferous aqueous systems, such as mine drains, soil solutions, and lake water.

Sch is known as ‘shī weī tè màn shí’ in Chinese and was first discovered in AMD sediments from the Malan coal mine, Shanxi Province, China, in 2006, and then at the Dabaoshan mine in South China. However, in streams and lakes contaminated by acid mine runoff, it is more commonly reported as an orange precipitate. In acid sulfate soils associated with the coastal lowlands, Schwertmannite is also considered to be central to iron-sulfur geochemistry.