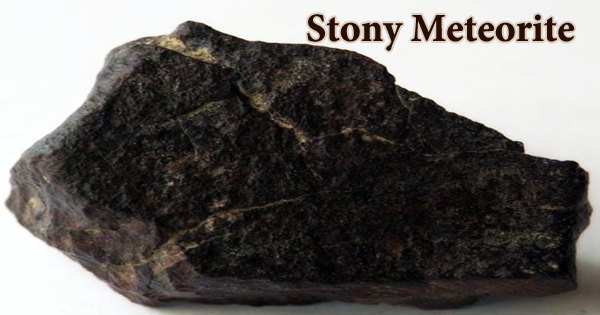 The Hoba meteorite, discovered in Namibia in 1920, is the world’s biggest meteorite. The Hoba meteorite is around 54,000 kg in weight (119,000 pounds). When meteoroids enter the atmosphere, they usually disintegrate. Approximately five to ten each year are spotted to fall and are later retrieved and reported to scientists. Only a small percentage of meteorites are big enough to leave huge impact craters. Stony meteorites account for around 94% of all known meteorites, irons for approximately 5%, and stony-irons for about 1%.

Ordinary chondrites are the most frequent stony meteorite type, accounting for 86 percent of all meteorites that have hit the ground. They get their name from the chondrules, which are hardened lava droplets imbedded in them. Small quantities of organic materials, such as amino acids and presolar grains, can also be found in certain chondrites. Many stone meteorites, especially those that have been on the surface of our planet for a long time, resemble terrestrial rocks, and it takes a trained eye to detect them when meteorite hunting in the field.

Chondrites are considered to be made up of material from the asteroid belt that never consolidated into big bodies and are around 4.55 billion years old. Chondrites are important to the study of the solar system’s origin, age, and composition since they originated at the same time as the solar system. Chondritic asteroids, like comets, are among the Solar System’s oldest and most basic elements. Chondrites are sometimes referred to as “the planets’ building components.”

Ordinary chondrites are divided into three categories. The groupings represent the amount of iron in the meteorite. Iron is abundant in the H chondrite group. The iron content in the L chondrite group is low. The LL group has a low amount of iron and, in general, a low amount of metal. The great majority of stones have enough iron to easily cling to a powerful magnet, and freshly fallen stones will have a black fusion crust, produced when the surface practically burnt during flight.

It’s crucial to remember that meteorite categorization is largely determined by visible features. Small, multicolored, grain-like inclusions known as “chondrules” can be found in certain stone meteorites. These small grains formed in the solar nebula and so predate the birth of our planet and the rest of the solar system, making them the oldest known matter that can be studied.

Achondrites have little or no alien iron, making them far more difficult to locate than most other meteorites, however, they typically have a beautiful glossy fusion crust that resembles enamel paint. Carbonaceous chondrites, as its name indicates, contain carbon in the form of organic molecules such as amino acids. Water or material molded by the presence of water is common in carbonaceous chondrites.