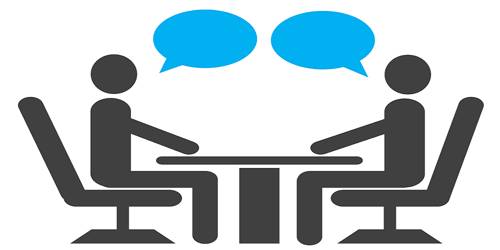 Types of Interviews on the Basis of Methods

An interview is a face-to-face interaction between interviewer and interviewee. If conducted carefully and properly, it observes and appraises the suitability of the candidate to perform the job successfully. An interview is based on the in-depth conversation which probes the areas of information that cannot be obtained by other steps of a selection process.

Types of Interviews on the Basis of Methods

There are different methods of conduction of an interview. Some of them are as follows:

A structured interview follows a standard list of questions or plan prepared for all candidates. The aim of this approach is to ensure that each interview is presented with exactly the same questions in the same order. Along with questions, acceptable responses are also specified in advance. It is useful for valid results, especially when dealing with a large number of applicants.Moreover, under this method, a standard checklist is predetermined for all candidates. A structured interview also standardizes the order in which questions are asked of survey respondents, so the questions are always answered within the same context.

Stress interview is conducted in order to evaluate the patience of an employee.  These non-directive interviews are considered to be the opposite of a structured interview which offers a set amount of standardized questions. This type of interview is an offbeat way to see how candidates react to unusual circumstances under pressure. Under it, the applicant is intentionally put under stress by frequently interrupting, asking too many questions at a time, accusing him that he is lying, and so on. This is conducted for the job which is to be performed in a stressful environment.

Depth interview is conducted especially for higher level or managerial jobs. It tries to portray the candidate in depth and detail. These are conducted to customize individual responses. The questions will depend on what kind of answers are given. Even interview climate influences the respondents. The success of interviews depends on the rapport of the interviewers established with the respondents. This is suitable for executive selection.

Under group interview, a group of candidates is interviewed at a time. It is conducted in order to know how candidates behave in the group.  The interview might also include multiple interviewers as a way to efficiently introduce job seekers to all the people he or she would be working with. The candidates are given a job-related topic for their comments and discussions. Reactions of the applicants take place which can be observed by the interviewers.