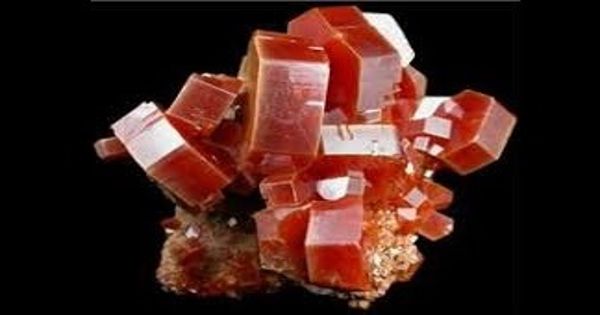 Vanadate has a pale yellow to yellowish-brown streak and is brittle, easily breaking with an uneven or conchoidal fracture. It is produced in China and Russia from steel smelter slag.

It usually forms where lead minerals are oxidized, often in areas with an arid climate. Although vanadinite occasionally is mined as a vanadium ore and carnotite as uranium ore, most vanadates have no economic importance; they are prized by mineral collectors, however, for their brilliant colors. It is not a common mineral, but it is found in small quantities in many parts of the world. 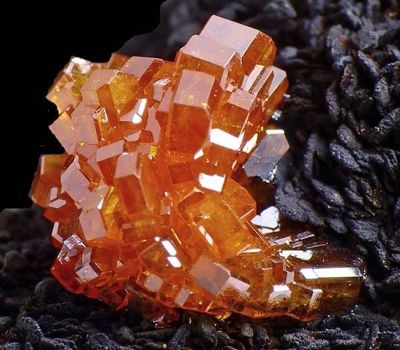 Vanadate occurs naturally in about 65 minerals and in fossil fuel deposits. It has a pale yellow to yellowish-brown streak and is brittle, easily breaking with an uneven or conchoidal fracture. It is produced in China and Russia from steel smelter slag. Other countries produce it either from magnetite directly, flue dust of heavy oil, or as a byproduct of uranium mining.

It is most often bright yellow, orange, red, or brown in color. It can also occur in globular forms and incrustations on other minerals. The structures of the vanadate minerals are complex. Some vanadate minerals contain vanadate tetrahedra (VO4), in which four oxygen atoms occupy the corners of a tetrahedron surrounding a central vanadium atom. Each vanadate tetrahedron has a net charge of -3, which is neutralized by large, positively charged metal ions (e.g., calcium, manganese, or ferrous iron) outside the tetrahedron.

Other vanadates, particularly those that contain uranium, contain V2O86- ions, in which two atoms of vanadium are surrounded by eight atoms of oxygen arranged in two square pyramids that share one edge. Very complex clusters also exist but are usually classed with the complex oxide minerals rather than with the vanadate minerals.

It is mainly used to produce specialty steel alloys such as high-speed tool steels, and some aluminum alloys. The most important industrial vanadium compound, vanadium pentoxide, is used as a catalyst for the production of sulfuric acid. The vanadium redox battery for energy storage may be an important application in the future.