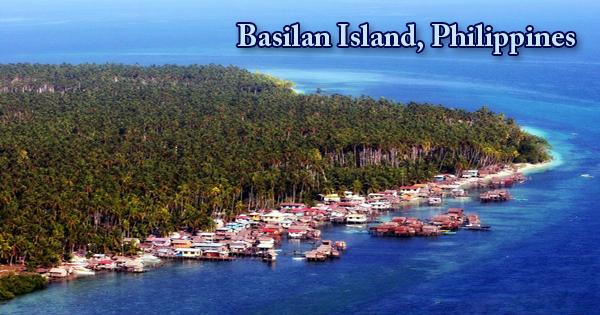 Basilan, officially known as the Province of Basilan (Chavacano: Provincia de Basilan; Tausug: Wilaya’ sin Basilan; Yakan: Wilayah Basilanin; Tagalog: Lalawigan ng Basilan), is an island province in the Philippines located in the Muslim Mindanao Bangsamoro Autonomous Region (BARMM), which comprises the Sulu Archipelago and the central Mindanao provinces of Lanao del Sur and Maguindanao. The city of Isabela is its capital. It is just off the southern shore of the Zamboanga Peninsula region. It is the Sulu Archipelago’s largest and northernmost island. The majority of the island consists of rough or rolling forested hills, with some volcanic peaks exceeding 2,000 feet in height (600 meters). Short streams provide drainage with an approximately radial pattern. Over the past two decades, Basilan’s literacy rate has improved, although it remains one of the lowest in the Philippines; 72.23 percent are considered literate, compared to the 92.6 percent national average. 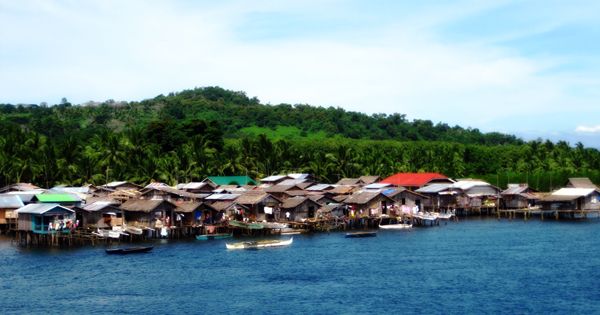 Lumber mills have worked in the tropical rainforest since approximately 1900. The gentle, rolling slopes of the island and its valleys have fertile soils and are mainly cultivated for plantations. In the plantations, rubber, the primary crop, is processed and sold to Manila factories. The difference between the rich and poor residents of Basilan is among the narrowest in the nation (ranked third nationwide), pointing to one of the most equal distributions of income anywhere in the nation. Tagime, named after a Datu who once ruled a large part of the island before the Spaniards came to Basilan, was the ancient name of Basilan Island. Basilan has had other names in the distant past. It used to be called Uleyan, which is derived from a mountain in the heart of the island. Later, in Tuburan, it was changed to Matangal, also named after Mt. Matangal. Other names given were PuhGulangan (forest island); UmusTambun (fertile land); BaunuhPeggesan; Kumalarang, named after a river; and later it was changed to BasihBalan.

Basilan is situated between 6°15 ‘and 7°00’ latitude and 121°15 ‘and 122°30’ longitude. The island is bordered north by the Basilan Strait, northwest and west by the Sulu Sea, northeast by the Moro Gulf, and south, southeast, and east by the Celebes Sea. After a heavy battle between the natives, led by Sultan Kudarat, a great Muslim chief, and his brave Muslim warriors, ApuhMenggah, ApuhDagang, and ApuhBatalan, the name BasihBalan was derived from the Spanish invaders from nearby Zamboanga. After fierce resistance, the invaders were successfully repelled by the natives. In transforming the name of the island into “BasihBalan,” the victory played a major part, stemming from their legendary weapon called “pira,” made of basih, meaning iron, and Balan, meaning magnetic. It became BasihBalan by combining the two words. But when the name of the province was written by early historians, it was shortened to Basilan. Until now, the name Basilan has remained unchanged.

The Yakan people came from about 300 BCE to 200 BCE to the region of the Sulu Archipelago, of which Basilan is a member. They were little established before the Spanish colonization period, but still, constitute the largest ethnic group on the main island of Basilan. Their society contains many values and customs of non-Muslims. They are not beach dwellers and fishermen, unlike the Muslims of Jolo and Zamboanga, but they live on higher lands and grow coconuts, rice, maize, abaca, and coffee. In the 20th century, Christian Filipinos, mostly from the Visayas archipelago, migrated to Basilan in considerable numbers as more land was cleared by timber extraction. A 10,000-acre (4,000-hectare) land grant on the north coast is owned by the University of the Philippines (at Diliman, Quezon City). 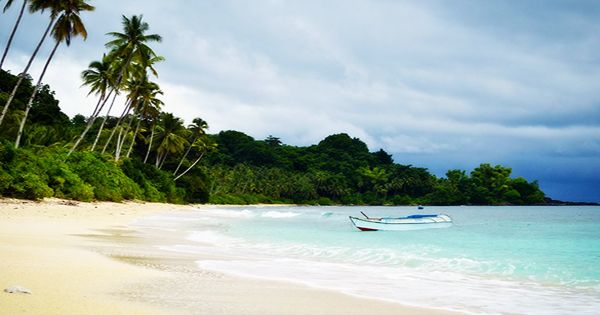 With many undulating slopes clustered around Isabela City along with the coastal areas and hilly towards the interior, the terrain of the island is plain. Urban areas are typically 2.5 meters (8 ft 2 in) above sea level and gently sloping into the hinterlands to 300 meters (980 ft). The timber and forest vegetation stands are distributed more or less uniformly throughout. When it was reported by the remains of the Ferdinand Magellan expedition in 1521, Basilan first came to European attention. It was subsequently colonized as early as 1636 by the Spanish and was officially ceded in 1726 to Spain by the Sulu Sultanate. Over the years, Basilan’s history included fighting with the Sultanate, the Dutch East India Company, the Moro Pirates, and the French. 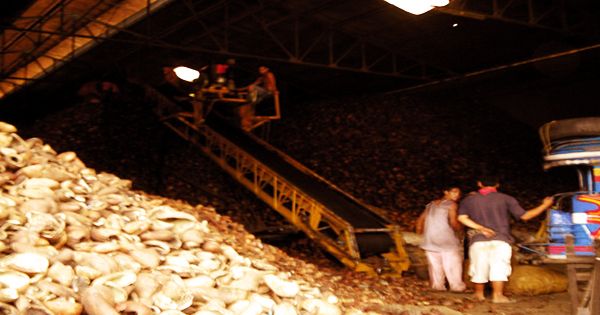 The United States gained control of the Philippines with its victory in the 1898 Spanish-American War. In order to ‘pacify’ Basilan, Americans cleared vast areas of land and established plantations, primarily to grow rubber and copra. The Philippines gained its independence after the Japanese occupation of the country during World War II, in 1946. Heavy fighting broke out between the Philippine government and the Moro National Liberation Front starting around 1970, which was determined to secede and create a new republic. Basilan officially became a province in 1973. The Menzi Agricultural Company, which operates harvesting and processing facilities for the surrounding agricultural area, is based in Basilan City. Rubber latex, palm oil, and coffee are important local items. Outside the typhoon belt is Basilan. Prevailing winds with a speed of 4 knots (7.4 km/h) are from the southwest. The southern and southwest coastal regions of Basilan have a distinctly Tausug-oriented culture. On the other hand, the eastern and inner parts of Basilan, separated for the most part from the Spanish in Zamboanga, and the Tausug in Jolo, are indigenous Yakan enclaves.