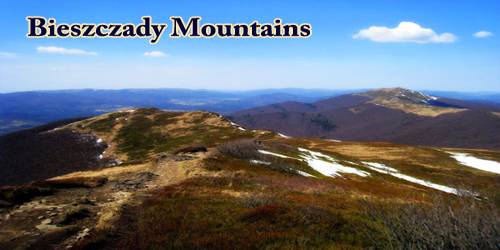 In the Bieszczady Mountains, however, snow cover lingers into the summer. Before World War II the region was inhabited by Poles, Ukrainians, and Jews. It is now mostly Polish, though some Ukrainians still live in the eastern part of the province. Only two-fifths of the population is urban. The largest cities are Rzeszów, Stalowa Wola, Przemyśl, and Mielec. The mountain range is situated between the Łupków Pass (640 m) and the Vyshkovskyi Pass (933 m). The highest peak of Bieszczady is Mt Pikui (1405 m) in Ukraine. The highest peak of the Polish part is Tarnica (1346 m). 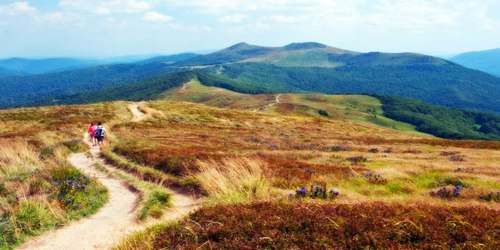 The mountains are also inhabited by many reptiles. If visitors or travelers have luck, they will get to see blindworms that look like snakes, aesculapian snakes that make most tourists afraid because of their awe-inspiring size and vipers. Remember to keep away from the latter. Vipers usually try to avoid people, but when they feel endangered they might attack an unsuspecting tourist and use their poison. If visitors or travelers want to admire those scaled beauties, they should do it from a long distance.

The term Bieszczady was introduced into English from Polish. In Poland, the term usually refers (in a narrower sense) to the Polish part of the Bieszczady region, while in a wider sense it can also refer to the entire region. Historically, the terms Bieszczady or Beščady (Бещади) have been used for hundreds of years to describe the mountains separating from the old Kingdom of Hungary into Poland. In 1269, they were known by the Latin name “Beschad Alpes Poloniae” (translated as: Bieszczady Mountains of Poland).

For many centuries the Bieszczady mountains were inhabited by various different nations, amongst which the most significant are the Rusyns, Jews, and Poles. The dramatic events of the 20th century World War II and later deportations concluded with the “Vistula” operation, irrevocably changed this part of the country. The expulsion of the indigenous people, which went hand in hand with the elimination of culture, so carefully built over many generations, has forced Bieszczady to create their own cultural identity all over again throughout the second half of the 20th century until now. Fortunately, somehow Bieszczady managed to retain a lot of material and intangible heritage of our ancestors, on which new ethos can be built. The uniqueness and color of what remains to make us remember this heritage, nurture it, and expose it to the world.

In 1991, the UNESCO East Carpathian Biosphere Reserve was created that encapsulates a large part of the area and continues into Slovakia and Ukraine. It comprises the Bieszczady National Park (Poland), Poloniny National Park (Slovakia), and the Uzhansky National Nature Park (Ukraine). Animals living in this reserve include, among others, black storks, brown bears, wolves, and bison.

There are many traces of the cultural diversity of south-eastern Poland in the Bieszczady mountains, which for many centuries have been a meeting place for different cultures, languages (polish, russian, ukrainian) and religions (catholicism, orthodox Christianity). Surreal waterfalls and dark caves are said to be the most beautiful wonders of nature in the area. In the Bieszczady mountains, there are many narrow-track railways open for tourists.

Visit the stunning world of the Bieszczady Mountains filled with mysteries, flourishing flora, and historical attractions. The mountain was used as around in the 2014 International Hill Climb Cup.