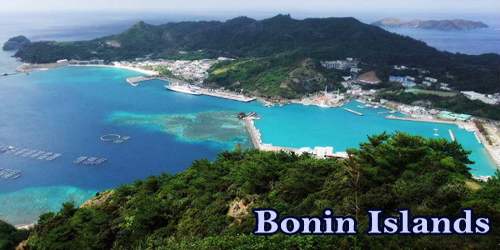 About 30 volcanic islands and islets in the central Pacific Ocean, about 500 miles (800 km) southeast of Japan, are known as the Bonin Islands, also known as the Ogasawara Islands (小笠原群島, Ogasawara Guntō), or Yslas del Arzobispo. The name “Bonin Islands” comes from the word ‘bunin’ (an archaic reading of 無人 mujin) in Japan, which means “no inhabitants” or “uninhabited.” The Bonin Islands are situated approximately 1,000 km south of the main Japanese archipelago in the North-Western Pacific Ocean. The serial property comprises five components within an area of approximately 400 km from north to south and comprises more than 30 islands, clustered within three groups of islands of the Ogasawara Archipelago: Mukojima, Chichijima, and Hahajima, plus an additional three individual islands: Kita-iwoto and Minami-iwoto of the Kazan group and the isolated Nishinoshima Island. 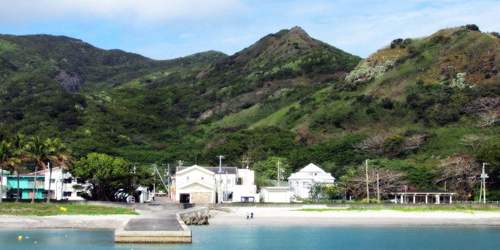 The Ogasawara Archipelago (小笠原諸島, Ogasawara shotō), along with three other remote islands (Nishinoshima, Minami-Tori-shima, and Okinotorishima), is often used as a larger collective concept that includes other islands in the Ogasawara Municipality, such as the Volcano Islands. Geographically speaking, the Nanpō Islands are part of all these islands. They were eventually put under U.S. military rule, part of the Tokyo metropolis (to), before World War II, before they returned to Japan in 1968.

Along with the Izu-Ogasawara Arc Trench System, these islands rest. The property has a total of 7,939 ha, including 6,358 ha of land and 1,581 ha of marine land. Just two of the islands within the estate, Chichijima, and Hahajima, are inhabited today. Minamitori (Marcus) Island and the Volcano Islands (Kazan-rettō) are now under joint administration. Chichi (9.5 square miles (25 square km)), the largest island, has the best harbor, Futami Anchorage (Port Lloyd Harbour). In the Ogasawara community, which has a total area of 84 square kilometers (32 sq mi), there is a total population of 2,440 (2015), 2,000 in Chichijima, and 440 in Hahajima. 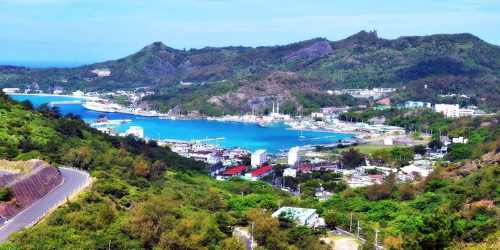 Astride the Pacific approaches to East Asia, the islands command a strategic role. Sub-tropical forest forms and sclerophyllous shrublands surrounded by steep cliffs dominate the landscape. Since it is very difficult to fly from the main Japanese islands to the Ogasawaras when people get critically ill or have an emergency, the word is sent to the Iwo Jima Japan Maritime Self Defense Force post, and a helicopter is sent to the islands. In woody plants, there are more than 440 species of native vascular plants with unusually concentrated endemic rates of as much as 70%. For more than 100 recorded native land snail species, the islands are the habitat, over 90% of which are endemic to the islands.

Ogasawara Village operates a Chichijima bus service and a “silver pass” can be used by elderly passengers. A sightseeing taxi service, a rental car company, rental services for motorized scooters, a bike rental service, and other facilities are also available. It is incredibly difficult and expensive to carry one’s own car to the island. As demonstrated by the high levels of endemism, the islands serve as an excellent example of the ongoing evolutionary processes in oceanic island ecosystems; speciation by adaptive radiation; the transformation of aquatic organisms into terrestrial species; and their significance for the scientific study of such processes. 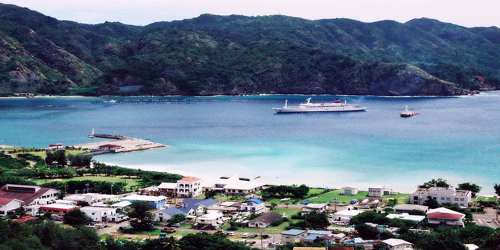 Around 48 million years ago, the Ogasawara (Bonin) Islands were formed. The islands were discovered and vaguely claimed by the United States (1823) and Britain (1825) by the Spanish navigator Ruy López de Villalobos in 1543, but were officially annexed by Japan in 1876. The islands lie between the Pacific Plate and the Philippine Sea Plate, over a subduction zone. Most of the islands have steep coastlines, frequently with sea cliffs varying in height from 50 to 100 meters (160 to 330 ft), but the islands are bordered by coral reefs as well and have several beaches. South Iwo Jima is the highest point, at 916 meters (3,005 ft). Just a fraction of their total land area of 73 square km (28 square miles) is arable, with the rest being hilly and forested. Cedar, rosewood, ironwood, boxwood, sandalwood, and white oak are important stands of timber.

Via their critical ongoing ecological processes of adaptive radiation in the evolution of the land snail fauna as well as in their endemic plant organisms, the Bonin Islands provide useful evidence of evolutionary processes. The flying fox Bonin (Pteropus pselaphon), also referred to as the fruit bat Bonin is endemic to the islands. It is officially classified as Endangered, and its number was estimated at around 100 in a survey released by the Ogasawara Office of Education in 1999.