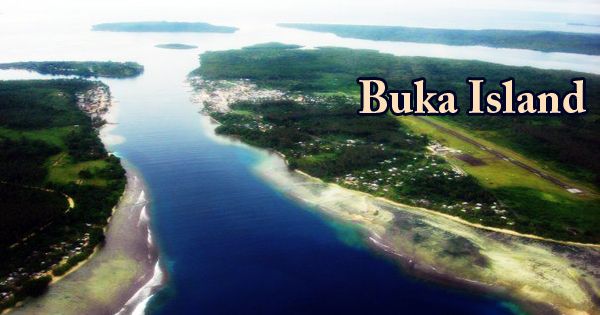 The Buka Island, Papua New Guinea, is the second-largest island in the Bougainville Autonomous Zone of the Southwestern Pacific Ocean, in the Solomon Sea. It is in North Bougainville District’s Buka Rural LLG, with the Autonomous Regions and Buka District’s capital city on the island. The island is separated from the northwestern coast of Bougainville Island by the narrow Buka Passage and has an area of around 500 sq. km (190 sq mi).

Buka is one of the northern Solomon Islands geographically and lies northwest of Bougainville Island, from which the long narrow Buka Passage, ranging from about 980 to 3,500 feet (300 to 1,070 meters) wide, separates it. In the Paleolithic era, Buka was first inhabited by humans, with evidence of human habitation at Kilu Cave some 30,000 years ago. In the 19th century, British, Australian, and American whaling ships visited the island for fish, water, and wood. The Eliza in 1806 was the first on record, and the Palmetto in 1881 was the last recorded visit. 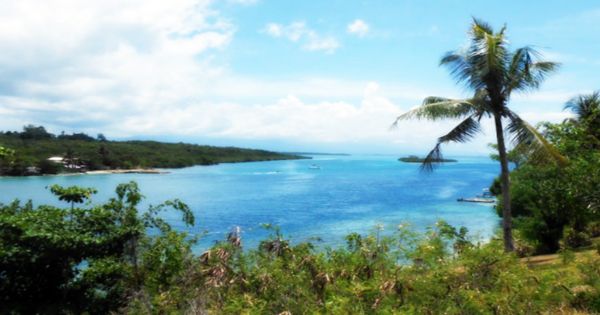 The current inhabitants speak languages that come from the eastward push of the Lapita Culture complex’s Austronesian languages, about 2,700 years ago. The German Empire laid claim to the island in 1899 and annexed it to German New Guinea. The island was seized in 1914 by Australian forces and was sent to Australia in 1920. After World War II, it was occupied by the Japanese from 1942 to 1945, was included in the United Nations (UN) Trust Territory of New Guinea, and became part of Papua New Guinea when it gained its independence in 1975. Buka formed the North Solomons province with Bougainville Island and other tiny island groups (renamed Bougainville province in 1997).

It forms the Bougainville autonomous region with Bougainville and other island groups. Buka has a total land area of 190 square miles (492 square km), with a volcanic formation measuring 35 miles by 9 miles (56 km by 14 km). The island is heavily forested in the interior, rising to 1,634 feet (498 meters) in the hills to the southwest. Rebels demanding the independence of Bougainville from Papua New Guinea mounted an uprising in 1988, and Buka became the site of violent clashes in 1990.

A peace agreement was signed in 2001, and Bougainville and Buka, as well as many islands nearby, became officially an autonomous zone in 2005. Buka, which since 1997 had been the provincial capital, became the administrative center of the district. For much of the year, the east coast is the windward side, distinguished by a coastal cliff that rises close to the shore, leaving only a tight and sometimes rocky beach. The whole island is surrounded by a coral reef, narrow on the east side, battered by ocean winds and great waves; on the west coast, it stretches out into lagoons. There is a small mountain range along the western coast, called the Richard Parkinson Range, after the German planter and explorer.

With more than 100 inches (2,500 mm) annually, rainfall is plentiful. A broad raised limestone formation is the remainder of the island. It rises along the cliffs on the eastern coast, 10 meters (33 ft) inland, and 70-100 meters (230-330 ft). The cliffs correspond to an ancient lagoon’s reef. Buka’s economy can be divided into the village sector and a very small urban portion. Subsistence farming, mainly sweet potato as a staple food, and the production of copra and cocoa as cash crops by family-sized units and small cooperative working groups, characterize the village market. Vanilla and tropical spice crops have made steady progress, and villagers continue to have very limited sources of income.

In anthropological literature, Buka is famous as the site of the Hahalis Welfare Society, a large and militant social movement, as well as many other political and religious movements. These are sometimes referred to by their critics as ‘cargo cults,’ although the usefulness of this word is a matter of debate among Pacific anthropologists and historians.