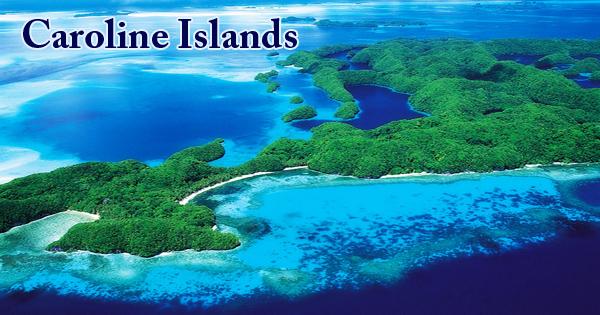 The Caroline Islands (or The Carolines), an archipelago in the western Pacific Ocean, in which the Republic of Palau and the Federated States of Micronesia are the islands. Politically, they are divided between the eastern part of the group, the Federated States of Micronesia, and Palau at the far western end. Historically, as they were part of the Spanish East Indies and ruled from Manila in the Philippines, this region was also called Nuevas Filipinas or New Philippines. The Carolines can be divided into two physiographic units: coral caps surmount volcanic mountains to the east, while the islands to the west are parts of the crust of the Earth that have been folded and forced over the ocean’s surface. Both units have formations that rise above 500 feet in altitude (150 meters).

The Carolines cover a distance of approximately 3540 kilometers (2200 miles), from the westernmost point of Tobi, Palau, to the easternmost point of Kosrae. The group consists of around 500 tiny coral islands in the Pacific Ocean east of the Philippines; the distance from Manila to Yap, one of the group’s larger islands, is 1,200 miles (1,900 km). Low, flat coral atolls compose most of the islands, but some rise well above sea level. The total area of land is roughly 500 square miles (1,300 square km). The climate is tropical, with monthly mean temperatures (about 26 to 28 °C) in the high 70s to low 80s F. 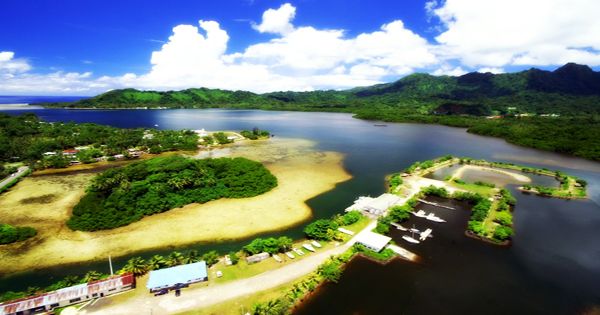 In the Carolines, numerous islands and island groups handed down special and variant oral legends recounting their cultures’ origins and early histories. The Caroline Islands colonization had a pronounced religious character, as in most of the Spanish colonies. Precipitation is spread uniformly throughout the year and, on inhabited islands, typically reaches 120 inches (3,050 mm) annually. On the windward sides of tall islands, it can reach 180 inches (4,570 mm).

The islands were invaded and occupied by Japan in 1914, during World War I. In the 19th century, the islands were a common destination for whaling ships. Japan obtained a League of Nations mandate over the Caroline and Marshall Islands in 1920, following the end of World War I. More than 20 typhoons (tropical cyclones) originate in the Carolines during an average year. Japan had a large base set up at Truk Lagoon during World War II, which was used for expansion into the southeastern Pacific. The islands (together with the Marshall Islands) became trusted territories of the United States after the war, gaining independence from the Federated States of Micronesia in 1986, followed by Palau in 1994. 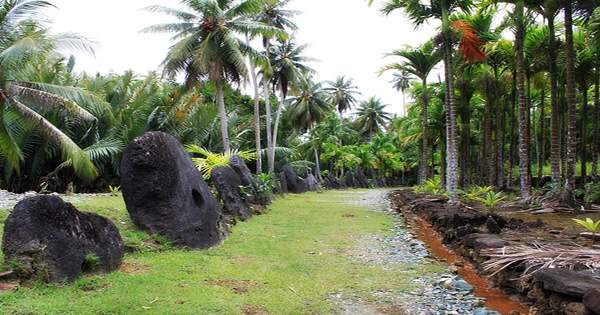 Copra, with handicrafts second, is the chief export. It has promoted tourism. During the Japanese occupation, the High Western Islands were mined. Some islands support tuna fishing, which has increased in importance due to the exclusive economic zone (EEZ) of 200 miles (320 km) around each island group. Within the Carolines, there is a great variety of physical forms, cultures, and languages, with the western islands displaying an intermingling of Melanesian and Philippine influences and Polynesian characteristics in the eastern portion.