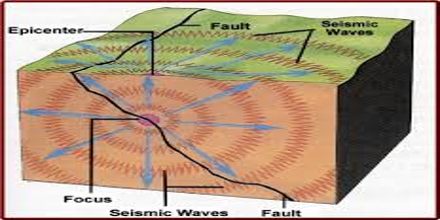 This lecture focus to introduce on Causes of Earthquakes. Earthquakes are caused by tectonic movements in the Earth’s crust. The main cause is that when tectonic plates collide, one rides over the other, causing orogeny (mountain building), earthquakes and volcanoes. The boundaries between moving plates form the largest fault surfaces on Earth. When they stick, relative motion between the plates leads to increasing stress. Finally explain on Earthquake clusters and Earthquake fault types.