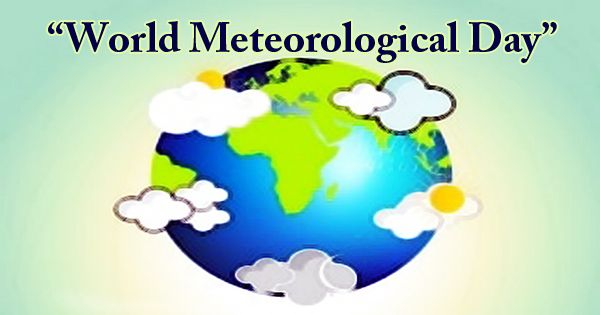 On the occasion of a discussion at the headquarters of the World Meteorological Organization (WMO) in Geneva, a number of dignitaries, environmentalists and scientists took part and discussed the challenges of climate change. Award facilitation was also carried out on the day for individuals who contributed to public safety during natural calamities. Seminars, discussions, and talks were held that highlighted the value of meteorology and how it helped to predict natural disasters and save people’s lives around the world. On or similar to “World Meteorological Day,” several awards for meteorological research are given or announced. These prizes include:

For World Meteorological Day, a new theme is assigned to each individual year. On a dedicated website at the WMO, all previous themes are listed. WMO is active in hydrological, meteorological, climatological, and geophysical research and training programs to provide protection for individuals around the world from natural disasters and human-induced disasters (like a forest fire, chemical or nuclear accidents, volcanic ash, and etc). Its leading role in making an international effort through its numerous programs initiated to closely track and protect environmental disasters is truly impressive.