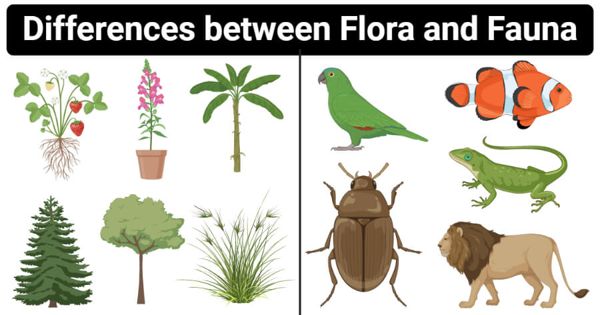 Difference between Flora and Fauna

The term ‘flora’ is defined as all the naturally occurring native plants of a particular region. Fauna is all the animal life present in a particular place or at a particular time period. A major difference between flora and fauna is that flora is composed of plants whereas fauna refers to animals. When it comes to mobility, flora is immobile, whereas fauna can easily move from one place to another.

Difference between Flora and Fauna –

The flora and fauna are economically important because of their contribution to tourism. In other words, they attract a lot of tourists. The study of flora is done in botany. As against, we study fauna in zoology.