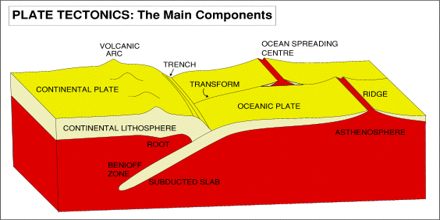 Major purpose of this lecture is to present on Earth Materials – Geology Plate Tectonics. Evidence of Plate Tectonic plates: Same fossils and rocks found in different parts of the world. Plate tectonics is the theory that Earth’s outer shell is divided into several plates that glide over the mantle, the rocky inner layer above the core. The plates act like a hard and rigid shell compared to Earth’s mantle. This strong outer layer is called the lithosphere.