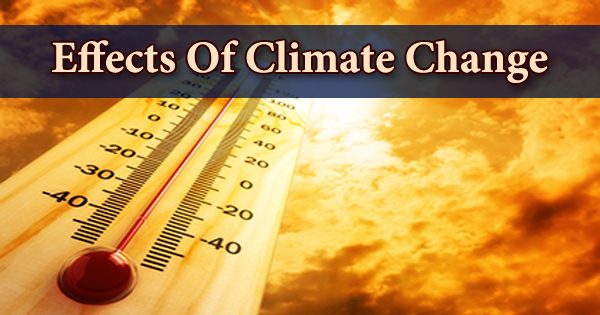 Climate change disrupts the Earth’s temperature balance and has far-reaching consequences for people and the world. Owing to increased concentrations of greenhouse gases, the energy balance and therefore the temperature of the planet change as a result of global warming, which has a direct effect on humans and the environment. Global warming caused by humans poses an imminent threat to human life and most of the planet’s flora and fauna. Human-caused global warming is a result of greenhouse gas (GHG) emissions. Average temperatures have already risen 1.2o Celsius above pre-industrial levels by 2021. This increase has already caused the extinction of numerous plants and animals, as well as the deaths of tens of thousands of people. At the 2015 Paris Climate Conference, nations decided to make efforts to keep future temperature increases well below 2o Celsius, with a goal of 1.5 degrees Celsius. Specific steps to do this have yet to be determined. Global warming is expected to hit about 3 degrees Celsius by 2100 if current policies and agreements are followed. The potential for irreversible climate tipping points to be triggered may exacerbate the effects of global warming. Individual weather events cannot be linked to current climate change scientifically; however, it can be statistically established that global warming would increase the likelihood of extreme weather events. Man-made climate change has a number of direct implications:

Climate change’s indirect effects, which directly impact humans and the environment, include:

Since the global environment is such a complex mechanism that is affected by a wide range of variables, the consequences almost always result in positive or negative feedback. This applies to changes that are self-enhancing as a result of the occurrence of such circumstances. We must drastically reduce global carbon emissions to prevent the worst consequences of climate change. However, we must also plan for the severe and foreseeable effects of carbon emissions, such as rising temperatures, changing precipitation patterns, ocean acidification, sea-level rise, and an increase in the intensity and frequency of extreme weather events. In the worst-case scenario, feedback from mutually reinforcing cascading tipping points could lead to uncontrollable climate change, but this is highly unlikely.

Even if political consensus is strong enough to achieve the RCP 2.6 trajectory, which is likely to hold warming between 1.5 °C and 2 °C, significant economic disruption is anticipated. Sea level rises, which could devastate numerous Island nations, as well as vulnerable countries and regions with a lot of low-lying lands, such as Bangladesh or Florida, are among the risks of 2°C warmings. A 3°C rise will dramatically increase the occurrence of deadly wet-bulb temperatures, potentially killing tens of millions of people in the tropics unless they can relocate or seek refuge in reliably air-conditioned areas. A temperature increase of more than 5 degrees Celsius is expected to have a variety of destructive effects, putting human civilization’s survival in jeopardy. A common example is an ice-albedo feedback, which refers to the melting of the polar caps. According to this, since a large proportion of radiation is reflected, large ice surfaces have a cooling impact on the global atmosphere. These ice surfaces, however, begin to melt as the global average temperature rises, the ice surfaces shrink, and the amount of reflected radiation decreases. Simultaneously, the region of land or ocean with a slightly lower albedo will grow, reflecting less radiation and amplifying the actual cause of glacier melt. Many of the world’s most endangered species can be found in forests. They also help to protect the environment by removing CO2, a significant source of emissions that contributes to climate change. Scientists are certain that global temperatures will continue to rise for decades to come, owing in large part to greenhouse gas emissions caused by human activities. About 1,300 scientists from the United States and other countries make up the Intergovernmental Panel on Climate Change (IPCC), which predicts a temperature increase of 2.5 to 10 degrees Fahrenheit over the next century. The scale of climate change impacts on individual regions may vary with time and with the capacity of various social and environmental processes to mitigate or adapt to change, according to the IPCC. In addition, scientists can quantify the so-called tipping points of individual global climate subsystems. The more the global temperature rises, the more the climate system is affected, to the point that reversing the process is no longer feasible, despite considerable efforts. However, it is currently unknown where these tipping points can be located, and they can only be measured with a high degree of uncertainty. The freezing of the polar caps and the stability of major ocean currents are also predicted to reach certain tipping points.