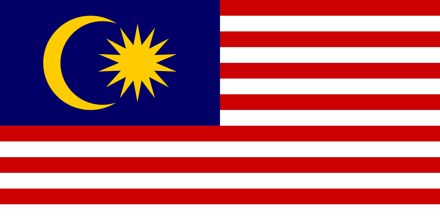 General purpose of this lecture is to present on Flag of Malaysia. The 14 stripes and points of the star represent the 13 member states of the Malaysian federation and the Federal District of Kuala Lumpur. They represent equal status in the federation of the states and in the federal government. The crescent and star imagery represent Islam, and yellow is a traditional royal color. The blue square stands for unity of the Malaysian people. The blue was originally adopted from the British Union Jack and represented Malaysia’s link to Britain.