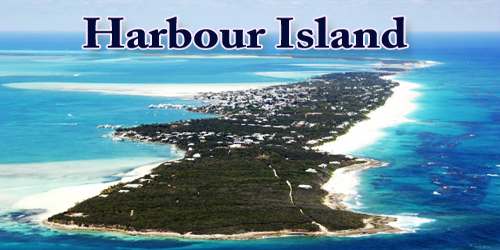 Harbour Island is a small 3.5 by 1.5 mile island located approximately 1.5 miles east of the northern coast of Eleuthera Island in the Bahamas. It has a population of 1,762 (2010 census). The only town on the island is Dunmore Town, named after the governor of the Bahamas from 1786 to 1798, John Murray, 4th Earl of Dunmore, who had a summer residence on Harbour Island.

Harbour Island is famous for its pink sand beaches, which are found all along the east side of the island. The pink hue comes from foraminifera, a microscopic organism that actually has a reddish-pink shell. Harbour Island is a popular vacation destination for Americans. Known as Briland to the locals, Harbour Island is colorful with English Colonial-style buildings and flower lined streets. Harbour Island is part of the Out Islands of the Bahamas. 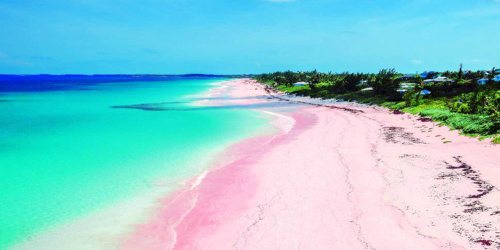 These soft, coral sands bask under the warm Caribbean sun, and prove irresistible to locals and visitors alike. Harbour Island’s beachgoers are treated daily to postcard-perfect scenes as the beach’s palm trees sway in the gentle island breeze and the turquoise sea laps at the pale, pink sand shore.

Only 3 miles long and half a mile wide, Harbour Island known as “Briland” to locals sits just a mile off the better-known island of Eleuthera. Harbour Island’s hub, Dunmore Town, gained fame as the original capital of the Bahamas, and the island still retains a Georgian architecture, marked by pastel-colored buildings, white picket fences and bougainvillea-draped doorframes.

In the middle 1960s, the American actor Brett King and his wife, Sharon, established the Coral Sands Hotel in Harbour Island.

The island’s infectious laid-back atmosphere provides a quiet retreat from the hectic rituals of daily life. With only small handfuls of tourists visiting at any given time and less than 2,000 locals, Harbour Island is the perfect respite for families and folks hoping to relax by the beach, stroll quaint streets, pop into tiny shops or sip casual sunset cocktails. 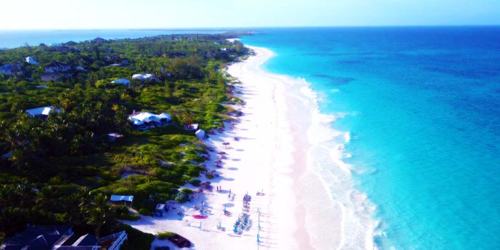 The island is accessible by airplane through North Eleuthera Airport, followed by a short water taxi ride from neighboring North Eleuthera. The island is small, and easy to explore; possibly the most fun way to see the island is via golf cart, which visitors can rent from many shops. The day’s main event revolves around the sunset. Locals and tourists gather by Government Dock with a cocktail to watch the spectacular evening sky.