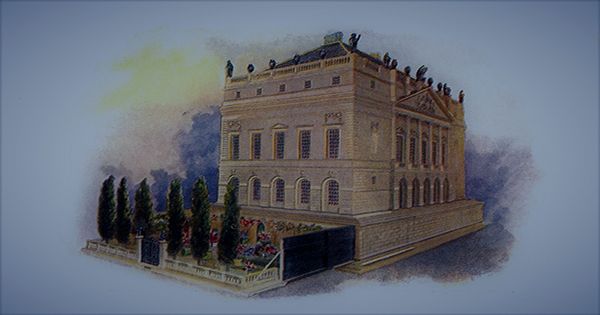 Air bubbles stuck in alpine glaciers for more than 800years help tell the story of medieval Britain, a degraded archbishop, and fight for power. Published in the journal Antiquity, archaeologists at the University of Nottingham recently studied a 72-meter-long (236-foot) ice core taken from Colle Gnifetti, a glacier in the European Alps on the Swiss-Italian border. By studying different levels of the ice core, the team was able to learn about the concentrations of atmospheric gases at different times in history.

The analysis showed significant peaks and holes in air pollution between 1170 CE and 1216 CE. Combined with what we know about atmospheric conduction around this time, researchers say the spike was found back in Britain’s mills and mines, where lead was being foul-smelling for battle, as well as roof tiles and stained glass windows. King’s ambitious building projects. Researchers were also able to see the echoes of the rise and fall of the monarchy amid the subtle changes in lead pollution in the air.

Lead author Professor Christopher Loveluck, from the University of Nottingham’s Department of Classics and Archaeology, explained in a statement, “The correlation between the evidence of lead production in Britain on ice deposits and the tariffs paid on lead mining is amazing! We see a direct connection between the level of production and the work of government at that time, for example, lead taxation and lead production sink in a year when a king dies before the success of another. This is because medieval governments have stopped in the awakening.”

Professor Loveluck added, “When a king dies the ice core shows up clearly, and lead production declines and then rises again with the next king. We see the deaths of King Henry II, Richard Lionheart and King John on the ancient ice there.”

Signs of leadership contamination were also nicely associated with the assassination of Archbishop Thomas Beckett of Canterbury from 11262 to 117000. In the years leading up to his death, the powerful religious figure became embroiled in a notorious feud with King Henry II. The tension reached a climax on December 29, 1170, when a party of four knights loyal to the king entered Canterbury Cathedral and beheaded Beckett in the process. Surprisingly, the church was not happy, and the British king quickly tried to get back on Pope Alexander’s side.

Speaking to the BBC, Lovelock explained: “In order to free himself from prison with the Pope, Henry promised to establish and reciprocate very quickly, many great monks. “And of course, a lot of lead was used to build the roofs of the complexes of these great monks. Lead production expanded rapidly as Henry tried to atone for his misdeeds against the Church.”