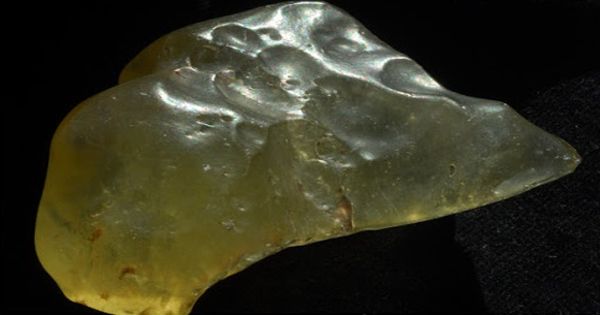 Impactite is a glassy or crystalline material composed of slag and meteoric materials, produced by the impact of a meteorite striking the earth. It is rock created or modified by one or more impacts of a meteorite. Since impactites consist primarily of deformed terrestrial material they are predominantly a product of the target rock present at the time of impact. Impactites are considered metamorphic rock because their source materials were modified by the heat and pressure of the impact.

Impactites is a glassy object produced by the fusion of rock or meteoritic fragments by the heat developed from the impact of a meteorite on the earth’s surface.

On Earth, impactites are made primarily of modified terrestrial material, sometimes with pieces of the original meteorite. Meteorites of sufficient size and mass impacting the earth’s surface can have a similar effect. Sand can melt into impact glasses such as Libyan Desert Glass and Darwin Glass; rocks may be shattered and compressed into breccias such as suevite that contain minerals formed at high pressure—the Nördlinger Ries crater in Germany provides excellent examples. Catastrophic impacts literally transform surface material into new rock types. If we are to use strict geological definitions it should be noted that since they have been altered by heat and pressure, impactites are a type of metamorphic rock. 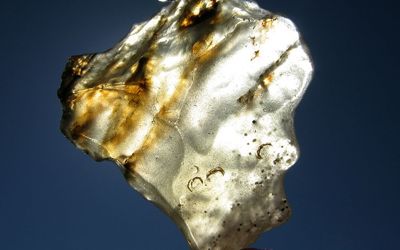 Impactites are a glassy rock formed by a meteor collision. When a large meteorite hits a planet, it can radically deform the rocks and regolith that it hits. The heat, pressure, and shock of the impact change these materials into impactite.

It is a vesicular, glassy to finely crystalline material produced by fusion or partial fusion of target rock by the heat generated from the impact of a large meteorite, and occurring in and around the resulting crater, typically as individual bodies composed of mixtures of melt and rock fragments, often with traces of meteoritic material; a rock from a presumed impact site. Only very massive impacts generate the heat and pressure needed to transform a rock, so impactites are created rarely.