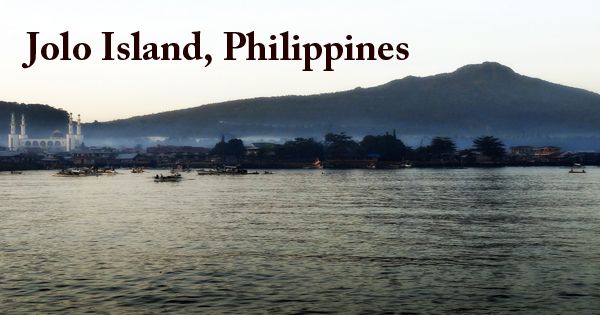 Island and town of Jolo (Tausūg: Sūg) in the southwestern Philippines; it is a volcanic island and is the largest island in the province of Sulu, where the capital of the same name is located. It is situated between Borneo and Mindanao in the Sulu Archipelago and has a population of approximately 500,000 people. The island is characterized by lush tropical vegetation, several short streams, and many extinct volcanoes in the Sulu Archipelago between the Sulu (west) and Celebes (east) coasts, including Mount Tumatangas at 2,664 feet (812 meters). Mount Dajo National Park is a 526-acre (213 hectares) game refuge. The Jolo Group of Volcanoes is located on the island and includes several volcanic cones and craters, including the active Bud Dajo cinder cone. This island is also the base of terrorists from Abu Sayyaf. 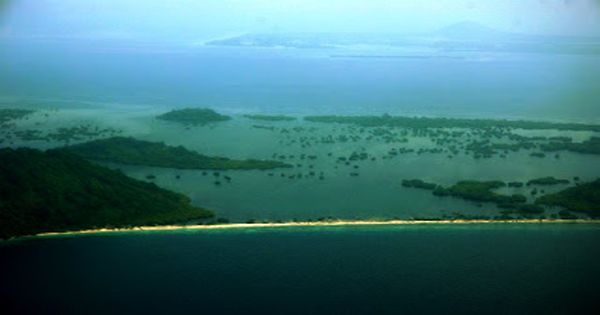 Jolo has extensive arable land that promotes agriculture (rice, coconuts, cassava, fruit), but fishing is the main economic activity. Jolo place, Parang, Patikul, and Talipaw are the primary population centers. On the 60-km-wide Jolo Island off the Zamboanga Peninsula on SW Mindanao Island in the southern Philippines, 190 km NE of Sabah, Malaysia, the Jolo volcano is a group of young cinder cones and eruption craters. It forms part of the Sulu arc and includes many young volcanic vents, including Mt. Dakula near Lake Panamo, the island’s possibly youngest cone, the Tumatangus volcano, the island’s highest point at 811 m, Bud Dajo (or Buddajo), the Matanding, Guimba, and Sungal cones, and the young basaltic cinder cone (620 m).

The town of Jolo, on the northwestern coast, is the port of entry and the provincial capital of Sulu. It has a pier that can handle inter-island boats, ocean freighters, and naval craft as a focal point of a vibrant trade with Zamboanga City, Manila, Singapore, and the island of Borneo. Smaller piers serve smaller crafts locally. Spanish forces seized the town of Jolo, the seat of the Sultan of Sulu, in 1876, after a series of less-than-successful attempts during the centuries of Spanish rule in the Philippines. By 1878, with a perimeter wall and tower walls, the Spaniards had fortified Jolo, constructed internal forts called Puerta Blockaus, Puerta España, and Puerta Alfonso XII, and two external fortifications called Princesa de Asturias and Torre de la Reina.

The Treaty of Peace was concluded by the Spanish and the Sultan of Sulu on July 22, 1878. Three unidentified juramentados were confirmed to have succeeded in entering the Jolo town square on 22 July 1883, killing three Spaniards. Spanish Colonel Juan Arolas coined the term “Ajuramentado” after observing many such actions while performing duty in the Jolo garrison. The Americans arrived in 1899, and the Philippine-American War was raging in Luzon by the turn of the century. The Americans used the classic divide-and-rule strategy so as not to disperse their forces. During World War II, Jolo was captured by the Japanese. On April 2, 1945, in the Sulu Archipelago, halfway between the island of Borneo and the Philippines, the 2nd Battalion of the U.S. 163rd Regiment, 41st Division (formerly the Montana National Guard) landed at Sanga Sanga and Bongao.

Jolo has an airport as well. In 1974, Jolo was ravaged by combat between Muslims and government soldiers. In February 2005, when between 4,000 and 5,000 Philippine troops clashed with about 800 Islamist militants from the Abu Sayyaf party, along with supporters of Nur Misuari, fighting on the island flared up again. It was thought that up to 12,000 people had fled the war; today, fighting is still going on.