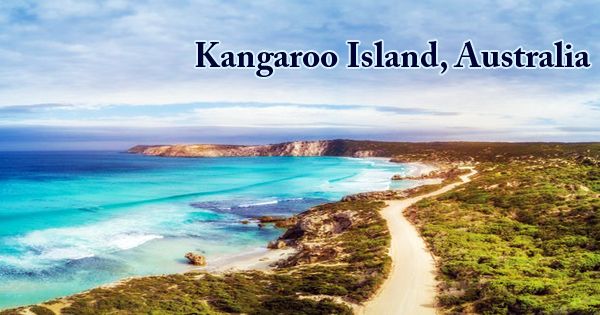 Kangaroo Island, also known as Karta (Island of the Dead), the third-largest offshore island in Australia, is situated 80 miles (130 km) southwest of Adelaide at the entrance to the St. Vincent Gulf, South Australia. Snapper Point in the Backstairs Passage, which is 13.5 km (8.4 mi) from Fleurieu Peninsula, is the nearest point to the mainland. Its formation is that of a low cliffed plateau (structurally a continuation of the Mount Lofty–Flinders ranges on the mainland) measuring 90 by 34 miles (145 by 55 km) and rising to nearly 920 feet (280 meters). When the land became an island after increasing sea levels several thousand years ago, the native population of Aboriginal Australians who once inhabited the island (sometimes referred to as the Kartan people) vanished from the archaeological record. 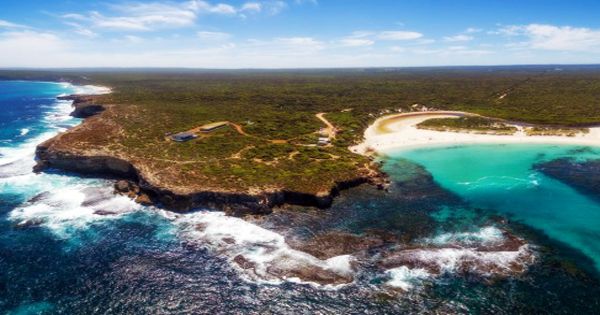 The island, named for its abundance of kangaroos, was regularly visited by whalers and sealers in 1802 by the English explorer Matthew Flinders. In the early 19th century, and from 1836 on a permanent basis during the British settlement of South Australia, it was then settled intermittently by sealers and whalers. The site of the state’s first (temporary settlement in 1836 was Nepean Bay, its best harbor. The ocean life of Kangaroo Island is just as abundant below sea level as it is on land. Kangaroo Island Marine Adventures brings tourists during the year straight to the action, providing the rare opportunity to swim in their natural habitat with wild dolphins.

The island is 145 kilometers (90 mi) long west/east and is narrowest to broader North/South points between 0.94 and 54 km (1 and 34 mi) from it. Around 10,000 years ago, due to the growing sea level after the last glacial period, Kangaroo Island split from mainland Australia. It occupies an area of 4,416 square kilometers, and a 15-kilometer stretch of ocean divides it from the mainland. On Kangaroo Island, Kingscote is the largest town. Originally established on 27th July 1836 at Reeves Point, it was the first colonial settlement in South Australia.

With fertilization, the weak soils of the western sector of the island will produce oats and barley crops and provide cattle and sheep with pasture. From Kingscote, the principal settlement of the island, there are air and sea connections to the mainland. The island has many smaller cities. Tourism and fishing both play important roles, with over 186,000 tourists a year to the island, and some of the best southern rock lobsters are sourced from the rough south coast of the island. Kangaroo Island has the only eucalyptus oil distillery in South Australia, with oil distilled from the endemic narrow-leaf mallee of Kangaroo Island. 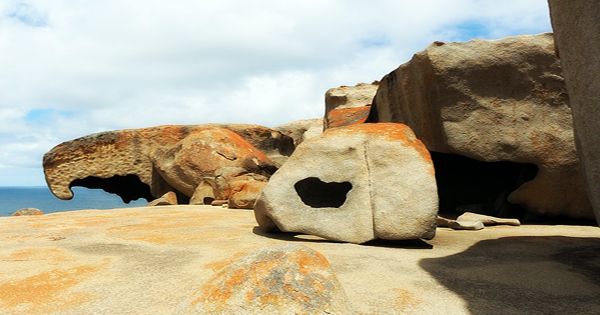 Flinders Chase National Park is home to famous rock formations such as the Admirals Arch (a stunning sunset spot) and the shockingly beautiful Remarkable Rocks granite boulders, easily accessible from the visitor center on loop paths. Founded in 1919, 285 square miles (738 square km of low wooded hills, cliffs, and beaches are protected by Flinders Chase National Park. There are 30 wine growers on the island and 12 wineries. For its honey and its Ligurian honey bees, Kangaroo Island is noted. The island has the only pure-bred and illness-free population of this type of bee in the world. On the southern coast of Seal Bay, there is a refuge and breeding ground for the Australian fur seal.

The Kangaroo Island Council provides local government for the entire island and, after the amalgamation of the former Kingscote and Dudley District Councils, was formed in 1996. Kangaroo Island falls in the Mayo Federal Division and the Mawson State Electoral District. Large deposits of gypsum exist in this island. There are many sporting tournaments held on Kangaroo Island, including Australian Rules football, cricket, darts, go-kart racing, lawn bowls, netball, sailing, softball, squash, and tennis.