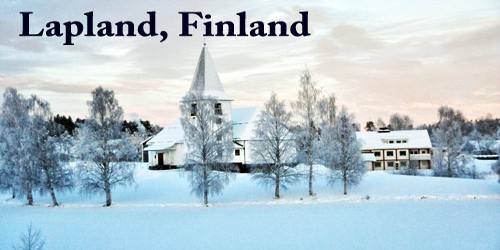 Lapland (Finnish: Lappi, Finnish pronunciation: (ˈlɑpːi); Northern Sami: Sápmi; Swedish: Lappland; Latin: Lapponia) is a wide, northern area of land that stretches from Russia in the east through Finland and Sweden all the way to Norway in the west. The municipalities in the region cooperate in a Regional Council. Lapland borders the region of North Ostrobothnia in the south. It also borders the Gulf of Bothnia, Norrbotten County in Sweden, Troms and Finnmark County in Norway, and Murmansk Oblast and the Republic of Karelia in Russia.

Lapland is also connected to the Arctic Sea in the north, which is a great diving site to those who are comfortable diving in the cold waters. The water is crystal clear, so the visibility under the water can be great. Lapland’s cold and wintry climate, coupled with its relative abundance of conifer trees such as pines and spruces means that it has become associated with Christmas in some countries, most notably the United Kingdom, and holidays to Lapland are common towards the end of the year. Rovaniemi Airport is the third busiest airport in Finland. 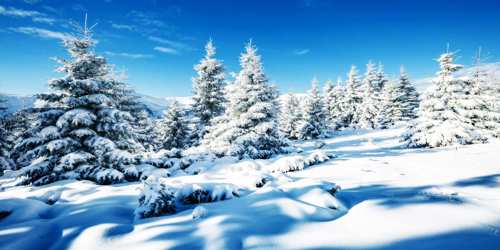 The term “Lapland” is regarded offensive by some Sami people, who prefer the area’s name in their own language, Sápmi. It is the largest and northernmost region of Finland. The region was associated with Father Christmas or Saint Nicholas when first proposed by Finnish radio host Markus Rautio in 1927.

Every season in Finnish Lapland is uniquely different from each other. The inhabitants of the region say that Lapland actually has 8 seasons instead of 4. In the wintertime, Lapland is as close as reality gets to those who dream of a winter wonderland. Spring brings along light that follows the long season of ‘kaamos’ (arctic night in Finnish). During the springtime, the snow-covered hills and fells offer exciting experiences for all winter outdoors enthusiasts from skiers to snowshoe walkers.

Summer in Lapland is a season like no other there are endless white nights and peaceful arctic nature as far as the eye can see. Summer’s glow is followed by the majestic season of fall when Lapland gets its truly iconic ‘ruska’ colors. This is the best season to go for a hike in one of Lapland’s many national parks. It is meditation and mindfulness all wrapped in one in one of the world’s most unique and breath-taking sceneries.

The very first snowflakes fall to the ground in late August or early September over the higher peaks. The first ground-covering snow arrives on average in October or late September. Permanent snow cover comes between mid-October and the end of November, significantly earlier than in southern Finland. The winter is long, approximately seven months. The snow cover is usually thickest in early April. Soon after that, the snow cover starts to melt fast. The thickest snow cover ever was measured in Kilpisjärvi in 19th April 1997 and it was 190 cm. The annual mean temperature varies from a couple of degrees below zero in the northwest to a couple of degrees above zero in the southwest (Kemi-Tornio area). Lapland exhibits a trend of increasing precipitation towards the south, with the dryest parts being located at the two arms.

Spanning 30% of Finland’s land area, Lapland is home to just 3% of its population. Its vast wilderness is ripe for exploring on foot, skis or sled. The sense of space, pure air, and big skies are what’s most memorable here, more so than the towns.

Lapland’s far north is known as Sápmi, home of the Sámi, whose main communities are around Inari, Utsjoki, and Hetta. Rovaniemi, on the Arctic Circle, is the most popular gateway to the north.

The area of Lapland was split between two counties of the Swedish Realm from 1634 to 1809. The northern and western areas were part of Västerbotten County, while the southern areas were part of Ostrobothnia County (after 1755 Oulu County). The northern and western areas were transferred in 1809 to Oulu County, which became Oulu Province. Under the royalist constitution of Finland during the first half of 1918, Lapland was to become a Grand Principality and part of the inheritance of the proposed king of Finland. Lapland Province was separated from Oulu Province in 1938.

As the 20th century rounded the corner, Lapland was not in the best of shape with poverty, food shortages, and harsh winters resulting in poor harvests. By 1905, Sweden and Norway had broken-off their union and around a decade later, Europe found itself at the brink of WWI. As refugees and goods began to move to and from Russia and Finnish Lapland there was a slight upturn in its fortune. On 6th December 1917, the whole of Finland was able to affirm total independence from Russia with new control coming directly from Helsinki. Pretty soon Finland was at war with itself as opposing political sides were attempting to gain the upper hand. 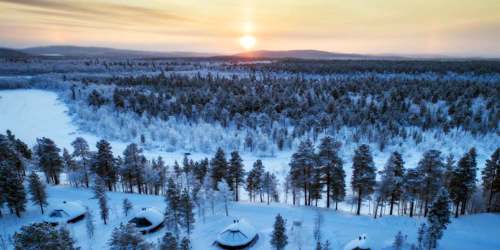 After the Second World War, Petsamo municipality and part of the Salla municipality were ceded to the Soviet Union. The decades following the war were a period of rebuilding, industrialization, and fast economic growth. Large hydroelectric plants and mines were established and cities, roads, and bridges were rebuilt from the destruction of the war. In the late 20th century the economy of Lapland started to decline, mines and factories became unprofitable and the population started to decline rapidly across most of the region. The provinces of Finland were abolished on 1st January 2010, but Lapland was reorganized as one of the new regions that replaced them.

Today, Lapland has regained much of its pre-war innocence. The Sami people have stayed true to their homeland and stood their ground and ideologies to the point they now have three Sami parliaments across Norway, Sweden, and Finland. The Sami culture is thriving and with it comes legacy and heritage for the rest of Europe to wonder at.

Norwegian Lapland is largely open and windswept, with timber growth only in sheltered tracts and the more protected interior. Southern and central Lapland occupies the zone of the taiga, or swampy coniferous forest, with its saturated land and many bogs and swamps. Forests of pine and spruce give way to the dwarf birch, heath, and lichens of the tundra farther north and at higher elevations.

Many of the Sami have adopted a sedentary life and intermarried with Scandinavians and Finns. The region is still home to several hundred thousand reindeer, but the traditional reindeer country has been intruded upon by permanent farming, forestry, mining, and hydroelectric, and even industrial enterprises. Those who practice reindeer herding have the liberty of movement across the open boundaries of Finland, Norway, and Sweden.