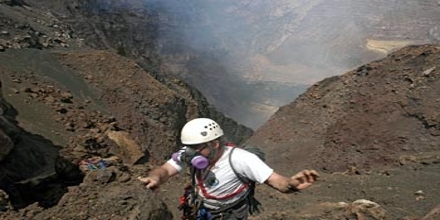 Lake Nyos is a crater lake inside a dormant volcano. The lake had become laden with carbon dioxide gas. This gas had suddenly bubbled out of the lake and asphyxiated nearly every living being in the surrounding valley. The Lake Nyos incident was not unique. Two years earlier, Lake Monoun, 60 miles to the southeast, released a heavy cloud of toxic gas, killing 37 people. A third lake, Lake Kivu, on the Congo-Rwanda border in Central Africa, is also known to act as a reservoir of carbon dioxide and methane, which is a valuable natural gas that is gathered from the lake and used locally.