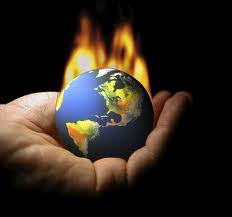 Lecture on Global Warming and Pollution

Global Warming or Climate Change, measurable increases in the average temperature of Earth’s atmosphere, oceans, and landmasses. Scientists believe Earth is currently facing a period of rapid warming brought on by rising levels of heat-trapping gases, known as greenhouse gases, in the atmosphere.

Scientists project global warming to continue at a rate that is unprecedented in hundreds of thousands or even millions of years of Earth’s history. They predict considerably more warming in the 21st century, depending on the level of future greenhouse gas emissions. Pollution, contamination of Earth’s environment with materials that interfere with human health, the quality of life, or the natural functioning of ecosystems (living organisms and their physical surroundings). Although some environmental pollution is a result of natural causes such as volcanic eruptions, most is caused by human activities. Nondegradable compounds such as dichlorodiphenyltrichloroethane (DDT), dioxins, polychlorinated biphenyls (PCBs), and radioactive materials can reach dangerous levels of accumulation as they are passed up the food chain into the bodies of progressively larger animals. For example, molecules of toxic compounds may collect on the surface of aquatic plants without doing much damage to the plants. A small fish that grazes on these plants accumulates a high concentration of the toxin. Larger fish or other carnivores that eat the small fish will accumulate even greater, and possibly life-threatening, concentrations of the compound. This process is known as bioaccumulation.

Liquid waste that runs into a stream from a factory can kill wildlife and cause health problems for humans. In the United States the amount and quality of wastewater a factory can discharge is strictly regulated. The pollution of rivers, streams, and oceans has become a serious problem around the world. Pollution can come from

many sources, including factories, farms, sewage, and illegal dumping. Air Pollution, addition of harmful substances to the atmosphere resulting in damage to the environment, human health, and quality of life. One of many forms of pollution, air pollution occurs inside homes, schools, and offices; in cities; across continents; and even globally. Air pollution makes people sick—it causes breathing problems and promotes cancer—and it harms plants, animals, and the ecosystems in which they live. Some air pollutants return to Earth in the form of acid rain and snow, which corrode statues and buildings, damage crops and forests, and make lakes and streams unsuitable for fish and other plant and animal life.